Desiree (Claudia Jennings) lives with her younger brother and sister in a make-shift shack hidden away in an unspecified southern bayou. Lovely to look at (even though she’s unkempt; check her rat’s nest hair!), Desiree survives on the money she makes from poaching snakes, alligators and other reptiles. It’s admittedly an unorthodox profession, but she and her siblings—a mute little brother and a teenage sister, seem to be getting by. We’re even told that, years ago, Desiree thwarted an attempted rape and her assailant came away castrated!

Billy Boy (Clyde Ventura) and Ben (Ben Sebastian) “representative of the law” have an axe to grind with Desiree; they’ve watched as, time and again, she ignores the law and eludes them. Egos front and center, the two good 'ole boys set about apprehending her and look forward to having a little fun with the “coon-ass bitch” while doing it. 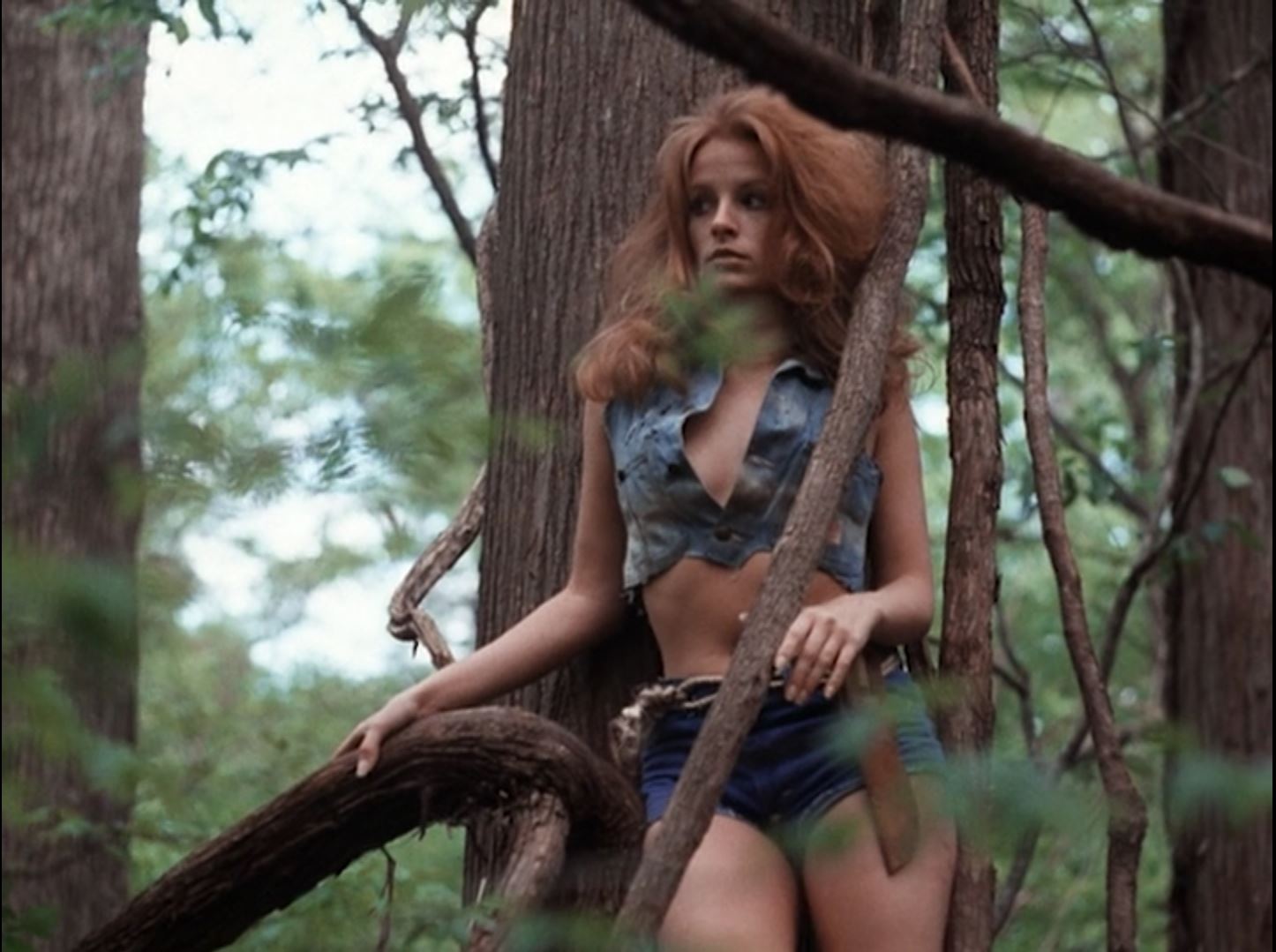 Written, produced, scored and directed by Ferd and Beverly Sebastian, the great poster art and salacious title of this film are a bit more memorable than the 88-minute product that it advertises.

To be sure, all the back woods exploitation tropes are here—illiterate toothless country folk, rape, incest, violence, sadistic murder, and a revenge theme, but the endless tour of mosquito-ridden swamps is tiresome, stretched, and just plain boring. We get it: why are we back in a boat for a seventh time?

Desiree (Jennings was a Playboy Playmate of the Year) is an athletic and comely young woman who deserves better than this!