Alice (Adrienne King) has been through hell literally. Five years have passed since she defended her life and beheaded Pamela Voorhees the psychotic serial killer of Camp Crystal Lake. Alice is trying to get her life back together now but she still has nightmares of that horrifying experience. A child stomps through a puddle outside and his mother calls out to him to come inside. As the childs feet leave the puddle, another set of boots come into frame and slowly walk towards Alice's apartment. Alice wakes from her nightmare and she gets a call from her mother, then takes a shower. Alice moves into her kitchen and she sees her window is open, she picks up an icepick and as she moves to close it, a cat flies through, scaring her and us!! Alice goes to make some tea, she puts the pot on the stove and opens the fridge. We see the severed head of Pamela Voorhees, Alice screams and a pair of hands kill her with the icepick. As the pot whistles, the killers hand takes the teapot off the stove. WHAT AN OPENING!! 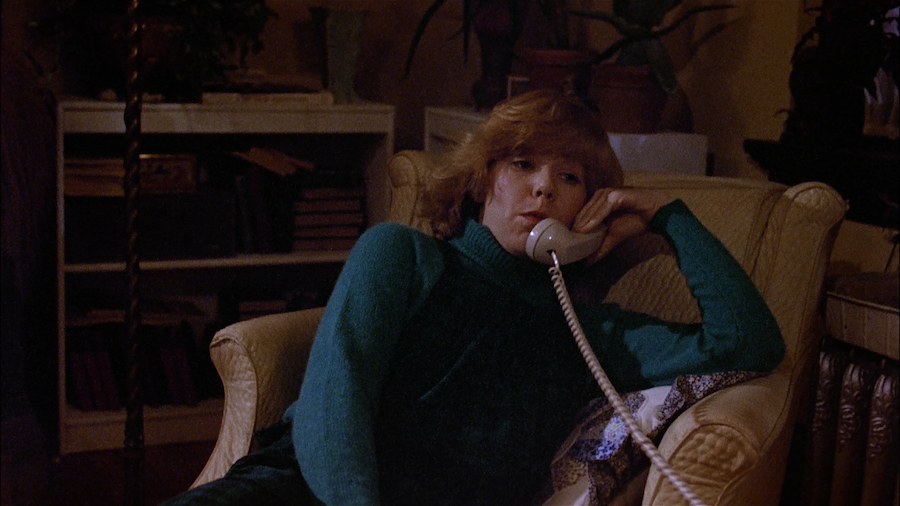 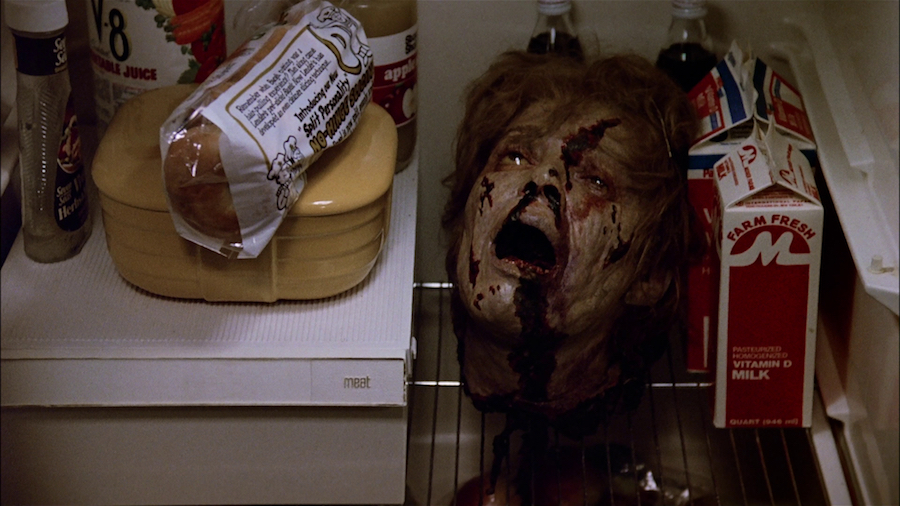 A new group of kids are staying at a house on the far end of Crystal Lake to take a course on counseling. The head of the group is Paul (John Furey). Paul has to get the kids ready for their next jobs at the camps they are working at. They need to learn skills like CPR and other things. While Paul and the other kids arrive at the camp, his co-teacher Ginny (Amy Steele) is late. Paul reprimands her, but her car is on the fritz so she cant do much about it. That first night as all the kids are gathered around the campfire, Paul tells the bloody story of Jason and his mother at Camp Crystal Lake. The way he explains what happened is very creepy and you'll feel like the kids do. Noone knows if its true or not, but theres a great scare at the end of the story thats both funny and shocking. The next day one of the girls wants to see the real Crystal Lake but her boyfriend explains they will get in trouble if theyre caught over there looking around. They decide to go for it anyway and they walk through the woods towards the original campgrounds where the massacre was. As they walk along we see a pair of feet trailing them nearby. It turns out its the local sheriff whos keeping an eye on the kids, when he finds the two roaming around in off limits property he takes themn back to Paul and tells him that they need to be punished for what they did. Paul jokes that hes not gonna give them any dessert. The sheriff tells him to be careful and watch out. 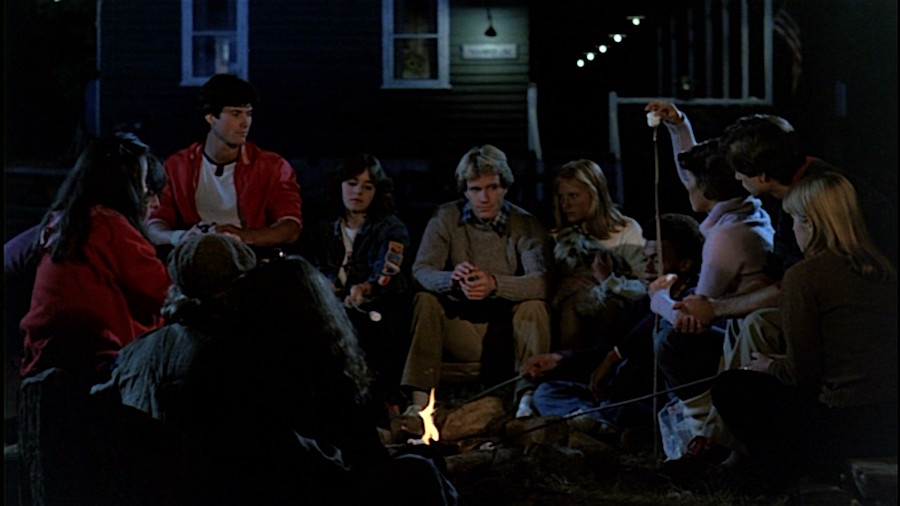 As the sheriff is driving down the road, he sees a figure quickly run across the street into the woods. He calls out to the person and then chases the person into the woods, as we see the mysterious figure run through the woods at a quick pace, the sheriff begins to get tired and huffs n puffs. He finally makes his way to a clearing where we see a very creepy sight: a large shack made out of various pieces of junk and scraps of wood. The sheriff enters the shack and looks around inside, he opens a door and nothings there. Then he enters the main room where he sees a horrific sight, Mrs Voorhees' preserved head. Suddenly from behind, we see a large hammer and it smashes the sheriff on the head. 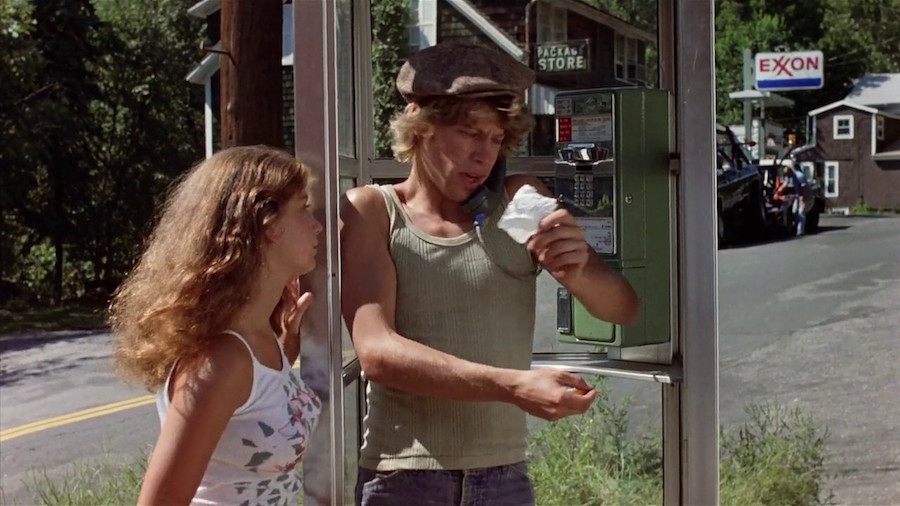 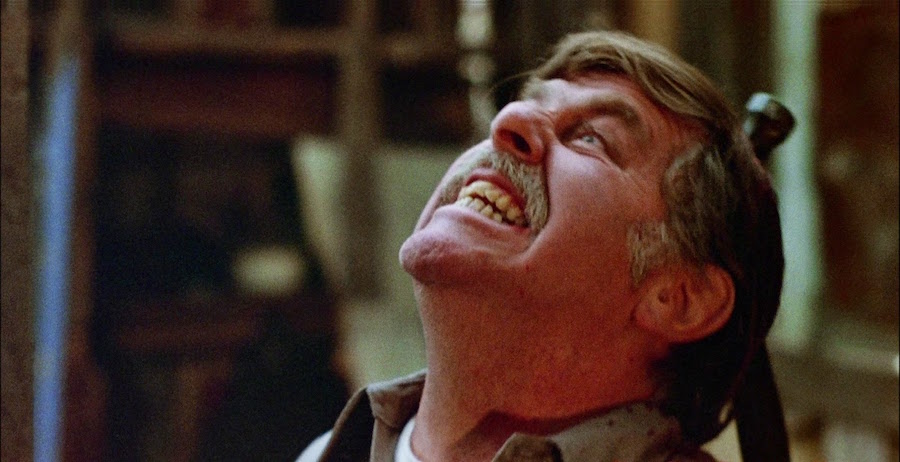 That night the kids decide to go out for a night on the town. Ginny, Paul and a few of the others goto a bar for some drinks and dancing. While at the bar they talk about Jason and how he mustve saw his mother beheaded that night and has since become a crazed killer, copying what he saw and getting revenge for what the counseler did to his mother. Back at the cabin, Mark, the paralyzed wheelchair dude and his girlfriend Vickie flirt while the two other kids are upstairs making love. Vickie tells Mark shes going to get something more comfortable on so she goes to her cabin and puts on some sexy panties and a sweater. While Mark waits we see hes not alone. Suddenly, Mark gets whacked with a knife and his wheelchair tumbles down the long stairway to the lake. A very shocking sequence. 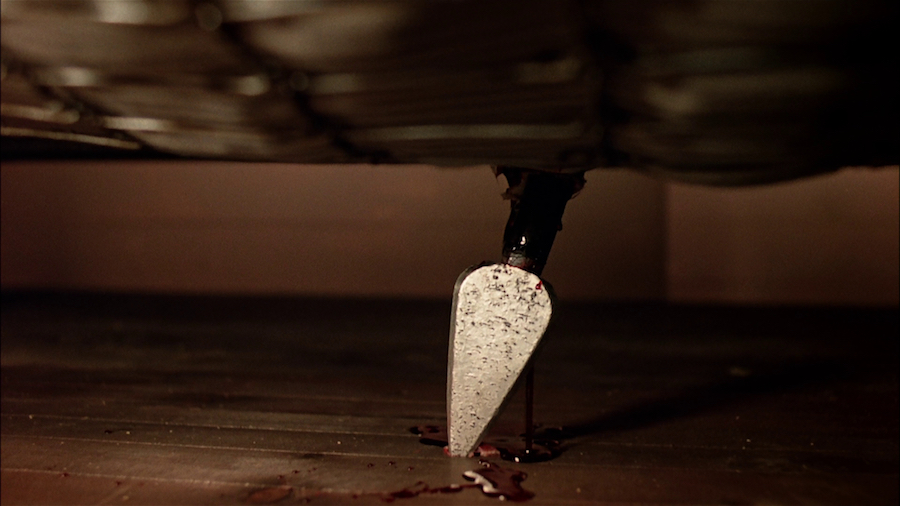 The two kids upstairs making love are oblivious to the goings on, but then they get impaled by Jason (Warrington Gillette) with a spear through both their bodies. Ginny and Paul get back to the house and they start looking for the other kids, but cant find them. While theyre looking through the house Ginny realizes theres someone else in there with them, then we see Jason jump out and attack Paul and he gets the best of him and beats him down. Ginny takes off and tries to hide, but Jason is after her like Wile E. Coyote. Ginny gets out of the house and runs around a corner, as Jason runs towards her, she kicks him right in the groin. This gives her time to run to her car and try to start it, but of course it wont start. Jason runs up to the car and then climbs up on the roof and uses a pitchfork to rip a hole in the roof of her VW. Ginny opens the car door knocking Jason down again and she takes off into the woods. As shes running Jason isnt far behind. 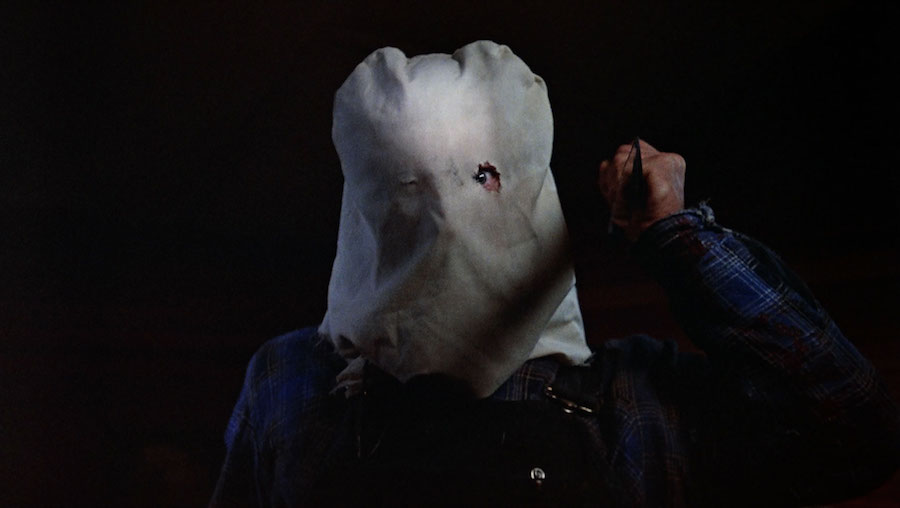 Ginny runs through the woods and ends up at the old shack where Jason lives, Jason is right on her tail and as she enters the shack, we see through the window Jason is coming (I love those shots by Steve Miner, it really gets your adrenaline up!) Ginny locks the door, but Jason starts to bash it down, Ginny turns around and sees Mrs Voorhees severed head which has been put in a shrine like setiing. She gets an idea, the idea that could save her life. By using psychology! She puts on Mrs Voorhees' sweater (which Jason also saved with her head) and tries to become Mrs Voorhees. Jason breaks through and has a large pick axe ready to kill Ginny, but Ginny acts as Jasons mother and Jason starts to hallucinate that his mother his with him again. This is a really great scene. As Ginny speaks to him we see Mrs Voorhee's face as she tells him to "kneel down", "Youve done a good job for Mommy", "Youre good boy...good Jason". When Ginny goes to hit Jason, she raises up her weapon, but she moves from in front of Mrs Voorhees' severed head. Jason catches this and when Ginny goes to bash him, he blocks her and slices her leg open with the pick axe. Suddenly, Paul shows up and starts to fight with Jason again, they brawl in the shed, knocking things down, then in a classic Friday the 13th slow motion sequence Ginny takes the machete and whacks Jason right in the head. Jason slowly collapses and hits the ground. Before Paul and Ginny leave, they pull Jasons hood off and we can tell they are repulsed by what they see. They make it back to the camp and they lock the cabin door. Everything seems alright, but then they hear a bump outside the door, Paul tells Ginny to grab the pitchfork and get ready in case its Jason again, Paul quickly opens the door and we see its just their little dog Mittens. Theres another shocking ending that will certainly make you jump, no need to spoil it here. 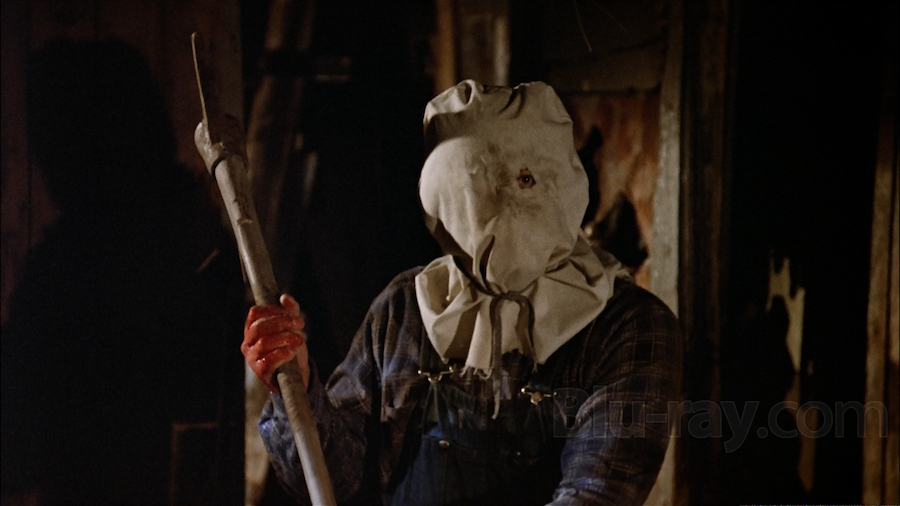 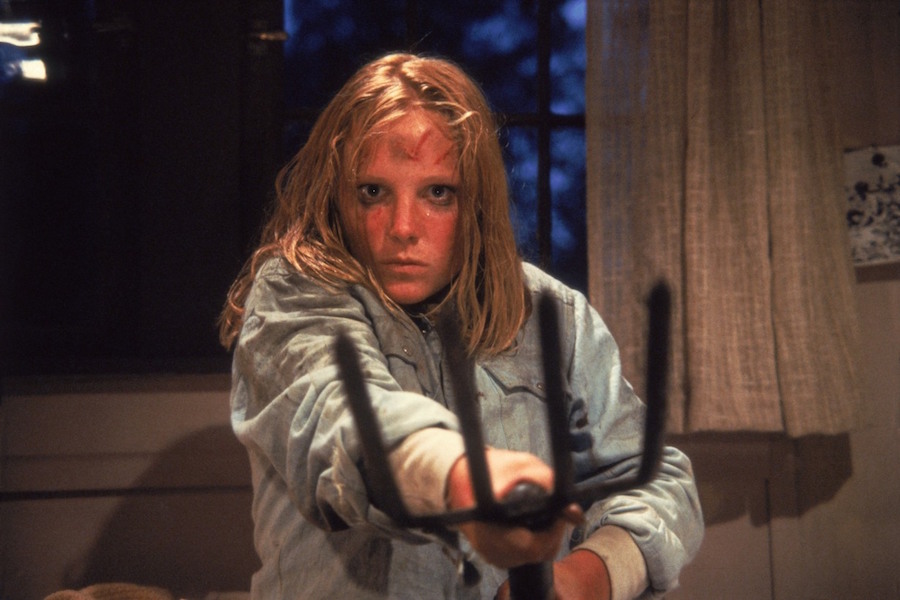 Another classic shocker with the first real appearance of Jason as the killer. The thrills Steve Miner and the cast and crew create are sure to make you jump off your seat and hide under the bed! This is a slasher film at its best. You won't know what to expect and the methods of death are sure to get you going! Highly reccomended!