Its Alien Invaders A Go Go with this black and white sci fi B-movie! An alien race has a depleted female population so they send two of their leaders: Princess Marcuzan (Marilyn Hanold) and her assistant, Doctor Nadir (Lou Cutell) to Earth to corral young beauties to bring back to their planet. While entering Earth's atmosphere, Dr Nadir mistakenly destroys a rocket that he thought was a missile. Inside the rocket is Col. Frank Saunders (Robert Reilly), who is in fact an android. Saunders is a new experimental project which has been headed by NASA Scientist Adam Steele (Wall Street's James Karen). 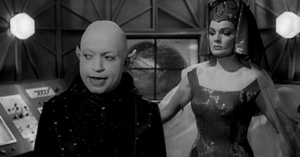 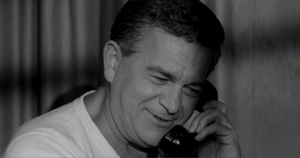 Saunders crashes somewhere in Puerto Rico and thats also where Dr Nadir and Princess Marcuzan land their spacecraft. Their plan is to begin sending out their space soldiers to pick up lots of cute girlies to bring back to their home planet. Col. Saunders gets half his body burnt very badly when his ship crashes after Dr Nadir's attack. He takes on a monstrous look, thus turning him into a Frankenstein like creature. His computerized brain has also been badly damaged, so this sends him on a murderous rampage around the beaches of Puerto Rico. Frankenstein attacks a young couple and the boyfriend grabs a street light and tries to burn Franky, but he gets taken out quick. When Dr. Steele finds out that Col. Saunders is attacking locals in Puerto Rico, he alarms his superior, General Bowers (David Kerman) and a manhunt begins. When Dr Steele and his beautiful assistant Karen Grant (Nancy Marshall) arrive, they also find out that the alien spaceship has landed and General Bowers is alerted once again bringing a wave of military attacks on Dr Nadir and the Princess. Dr Steele and Karen finally spot Col. Saunders and fix him up enough so he will stop killing and help them destroy the alien invaders. Inside the alien ship, a large creature called Mull is caged and is being used as a backup defense by Dr Nadir. 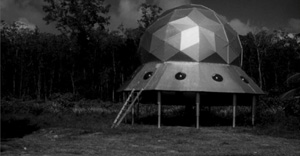 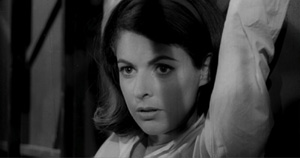 The film is broken up by some great 60s pop music in between the crazy attacks by Frankenstein. One of the films most interesting aspects is Lou Cutell as the badly made up alien commander Dr Nadir. He looks like they dipped his head in plaster and let it dry. This guy comes off like a nerdy Shakespearean actor who constantly emotes during his scenes and says things like "...and now Maximum Energy....hahahahaha!" as he looks directly into the camera. The alien space ship itself looks like a greenhouse dome with metal legs, its one of the most unreal looking alien crafts Ive ever seen in a movie.

Frankenstein Meets The Space Monster would make a great double feature with a film like Ed Wood's Plan 9 From Outer Space because its right in the same style, with some slightly better FX work. You really can't take a film like this one seriously, you just have to let it roll and have some laughs with it. A classic late night, beer drinking film for sure.