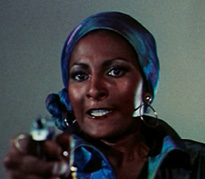 Foxy is one sexy, badass babe. She's very loyal to the people she loves, like her brother Link and her boyfriend Dalton Ford, later known as Michael Anderson. After Michael is murdered, Foxy goes undercover as a prostitute to infiltrate the criminal organization and get revenge on the people responsible. She's brown sugar and spice and everything nice, but if you don't treat her nice, she'll put you on ice! 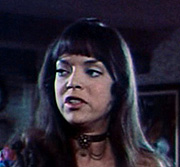 "Ms. Katherine" is the ruthless, cruel leader of a high class prostitution and drug organization operating in the Los Angeles area. The only soft spot Ms. Katherine has is for her lover Steve Elias. Although Steve isn't as in love with her as she thinks. 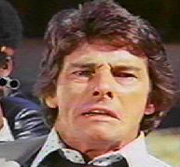 Steve is Ms. Katherine's lover and her partner in crime. He has a quick temper and doesn't fool around. Things go very bad for him by the end of the film. 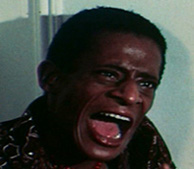 Link is Foxy Brown's younger brother. He works for Ms. Katherine's organization selling drugs. But he hasn't come through for them and he is almost killed by Ms. Katherines thugs until Foxy rescues him. After he betrays Foxy by giving up Michael's true identity to Ms. Katherine in exchange for another chance to work for her, Foxy shoots him in his ear and tells him to get out of town. 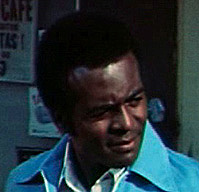 Foxy Brown's lover. An FBI informant and activist, Dalton Ford escapes an assassination attempt and gets reconstructive surgery to change his looks. Now presumed dead, he becomes Michael Anderson. He is later murdered by Ms. Katherine's thugs after Link rats on him. 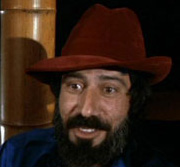 Hays is the airplane pilot that picks up and delivers the drugs for Ms. Katherine's organization. Foxy flirts with Hays and gets a ride on his plane (which he's flying to meet with Steve Elias) so she and her neighborhood improvement society friends led by Oscar (Bob Minor) can put an end to Ms. Katherine's crime organization once and for all.