Jack Hill began his film career as a protege of "The King of B Films", Writer-Director-Producer Roger Corman. While attending USC, Hill co-directed low budget films along with a fellow student who Corman saw had immense talent, Francis Ford Coppola. The two worked on several projects for Corman, and Hill would often shoot extra scenes for unfinished films (including Coppola's cult horror film Dementia 13). He also worked as an editor and film trailer maker as well. Hill went on to become one of the finest students of Corman's school of low budget filmmaking with such cult hits as Spider Baby (1965), The Big Doll House (1971), Coffy (1973), Foxy Brown (1974) and Switchblade Sisters (1975).

In the late 60s, Hill was hired to co-direct four separate films produced in part by Columbia Pictures and a Mexican production company. The result was a bad work experience for Hill who's film scripts were changed severely by the Mexican directors. Hill would shoot scenes in Hollywood, while the Mexican directors would stay South of The Border and shoot scenes there. The films came out very uneven both visually and storywise. Luckily, Fear Chamber was the best of these Mexican co-productions and with the exception of some added scenes, it turned out well. 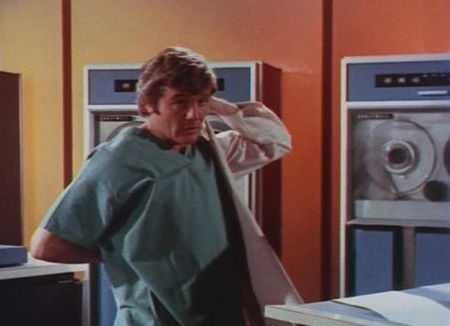 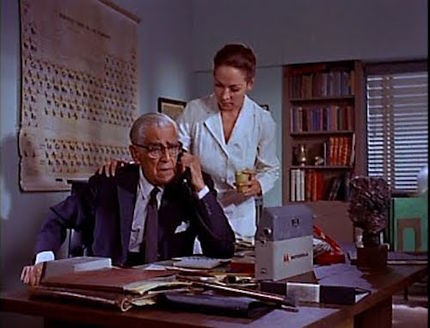 A brilliant geologist, Dr. Carl Mandel (Boris Karloff) has been receiving strange signals from the Earth's core. He sends a group of felllow scientists to search the lower depths of the planet to see what they can find (watch for Karloff communicating with them by telephone). They discover a lifeform which has been encased in rock, but it communicates telepathically. The scientists bring the alien form to the surface and do tests on it to find out what it is. They come to the realization that the form is "pure crystallized intelligence" and can explain the secrets of life. The messages received by the large stone conveys that it needs food to survive. This food is a chemical given off by humans when they are terrified. Dr. Mandel decides to create a "Fear Chamber" and bring in subjects to frighten them so he can extract the precious chemical. He kidnaps women and scares them in the Fear Chamber by using satantic rituals involving snakes and masked men. Dr. Mandel and his assistants don't harm the subjects physically, but the consequences of feeding the stone mass becomes apparent when the creature grows arms and legs and begins capturing its own prey.

Fear Chamber is a twisted mix of Hollywood and Mexican based sets but it actually works relatively well and you wouldn't know this unless someone told you. The actors in the film did a solid job and you can see they took the film seriously and didn't play it for laughs even though the films premise is extremely bizzare. Director Jack Hill worked mostly on the scenes featuring Karloff, who was very ill during production. Hill made sure not to set any close ups on Karloff, preferring instead to do takes from a distance. Jack Hill's father (a retired set designer) created the sets which were used in Hollywood. The rest of the film was shot in Mexico. The films (including this one) Hill co-directed with the Mexican company never were released in the United States. It wasn't until years later that Hill found out the films were finished.