BEWARE! The women in this film aren't soft, tender things of beauty. They are wild, untamed, dead-sexy animals!

Three super-buxom go-go girls named Varla (Tura Satana), Rosie (Haji) and Billie (Lori Williams) leap off of the dance floor and go on a roaring rampage into the California desert where they drive their sportscars in defiance of the world that opresses them. When a young couple arrive on the scene, the trouble starts. Varla challenges the girl's boyfriend Tommy (Ray Barlow) to a race and he accepts. The girls hop in their hot rods and speed around the desert. When Tommy loses this is where we see Varla taking out her pent-up female hostility, making him feel like a wimpy worm. Varla continues to berate Tommy until he fights back. They tumble to the ground and Varla's karate skills come into play as she chops poor Tommy in the kidneys and then ends up breaking his back! 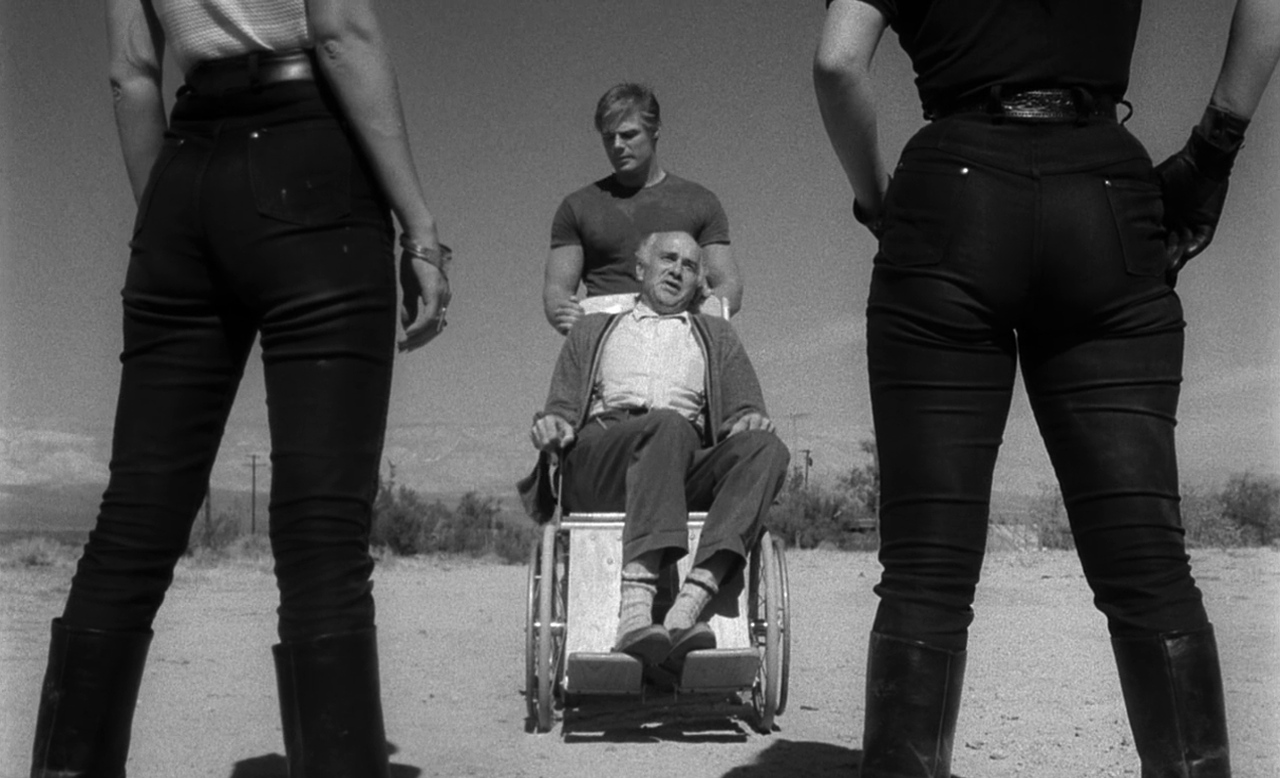 The women kidnap the cute young girl Linda (Sue Bernard) and take off. They finally arrive in a small town where they stop at a gas station. As they wait for the goofy attendant to fill their cars up, he blabbers on about an old man who lives outside town. Varla's ears perk up when she hears him talk about a large sum of money the man supposedly has hidden somewhere on his property. This gives her a good idea. The girls get together and decide to pay a visit to this old man and see what they can find. When the girls arrive at the ranch, they try to figure out a way to find the money without calling too much attention to themselves (which isn't easy to do the way they look!). The old guy (Stuart Lancaster) happens to have two sons, a big retarded muscleman nicknamed "Vegetable" (Dennis Brusch) and Kirk (Paul Trinka) an average farmer type. Varla, Rosie and Billie soon use their sexy charms to get information out of the Old Man and his sons. Even the super tough Varla softens up and flirts with Kirk while Billie tries to seduce the stump dumb Vegetable. These diabolical dames think they're on the way to getting rich but soon things get more complicated and all hell breaks loose. 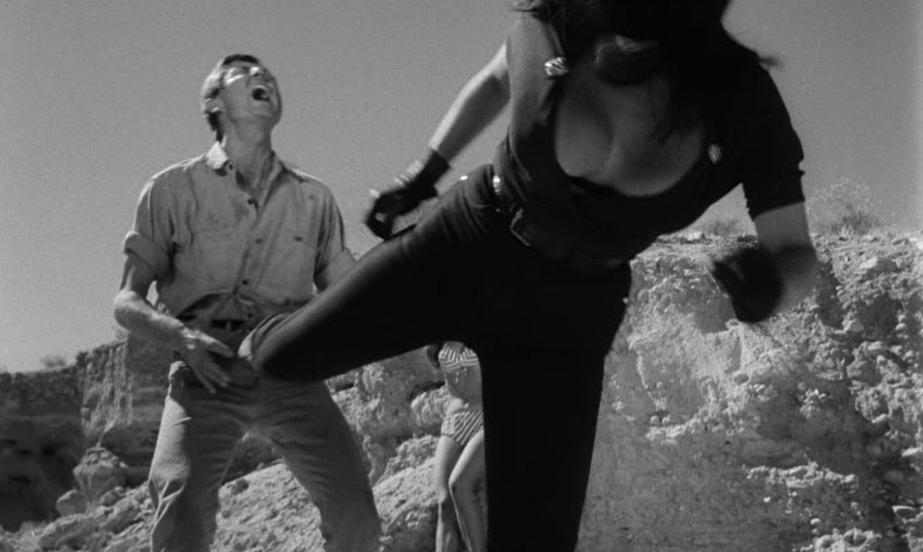 The late Director Russ Meyer creates an astounding alternative world with this film. It was shot in a stark black and white by DP Walter Schenk and looks gorgeous. The deep blacks (especially Varla's hair and outfit), whites (Billie's hot pants) and medium grays of the desert backgrounds pop right off the screen. Meyer combines over the top humor with excessive, almost cartoonish violence which both shocks and excites. Faster Pussycat! Kill! Kill! is a cult classic and true masterpiece of low budget 60s filmmaking.