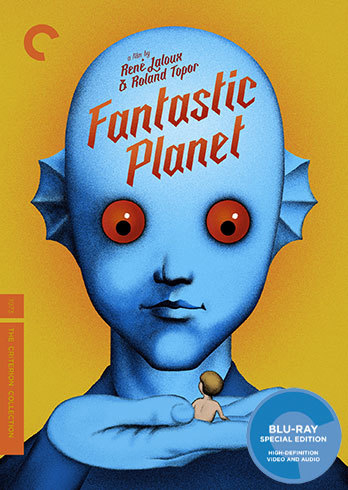 Nothing else has ever looked or felt like director René Laloux's animated marvel Fantastic Planet, a politically minded and visually inventive work of science fiction. The film is set on a distant planet called Ygam, where enslaved humans (Oms) are the playthings of giant blue natives (Draags). After Terr, kept as a pet since infancy, escapes from his gigantic child captor, he is swept up by a band of radical fellow Oms who are resisting the Draags' oppression and violence. With its eerie, coolly surreal cutout animation by Roland Topor; brilliant psychedelic jazz score by Alain Goraguer; and wondrous creatures and landscapes, this Cannes-awarded 1973 counterculture classic is a perennially compelling statement against conformity and violence.