< Evils of the Night 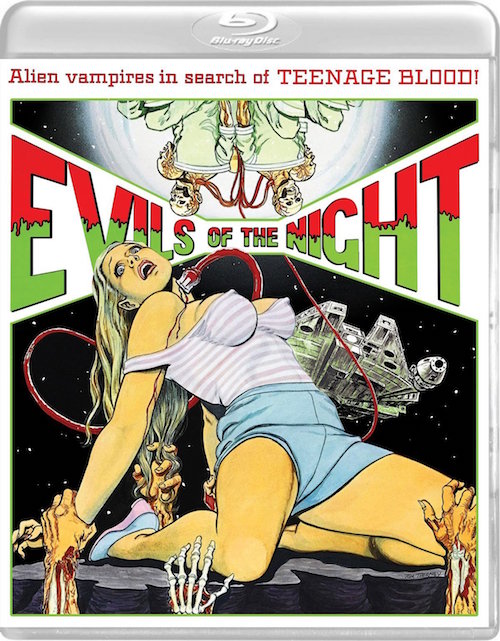 It's geriatric aliens vs. sex obsessed teens in Mardi Rustam's outrageous EVILS OF THE NIGHT! Beautiful young women have been disappearing and no one can figure out how and where they go. But in the darkness, sinister forces are lurking: a group of aliens (John Carradine, Tina Louise, and Julie Newmar) have been draining the local youth of their blood so that they can live forever!

Filled with ample nudity, moments of splattery gore, and a supporting cast including Amber Lynn and Aldo Ray, EVILS OF THE NIGHT is quintessential mid 80s sleaze unlike anything else. Freshly restored in 2k from its original 35mm negative, Vinegar Syndrome brings EVILS OF THE NIGHT to Blu-ray for the first time.