Escape From The Planet Of The Apes

Escape From The Planet Of The Apes (1971, USA) is a Cult-Post-Apocalyptic-Science Fiction-Action film directed by Don Taylor. 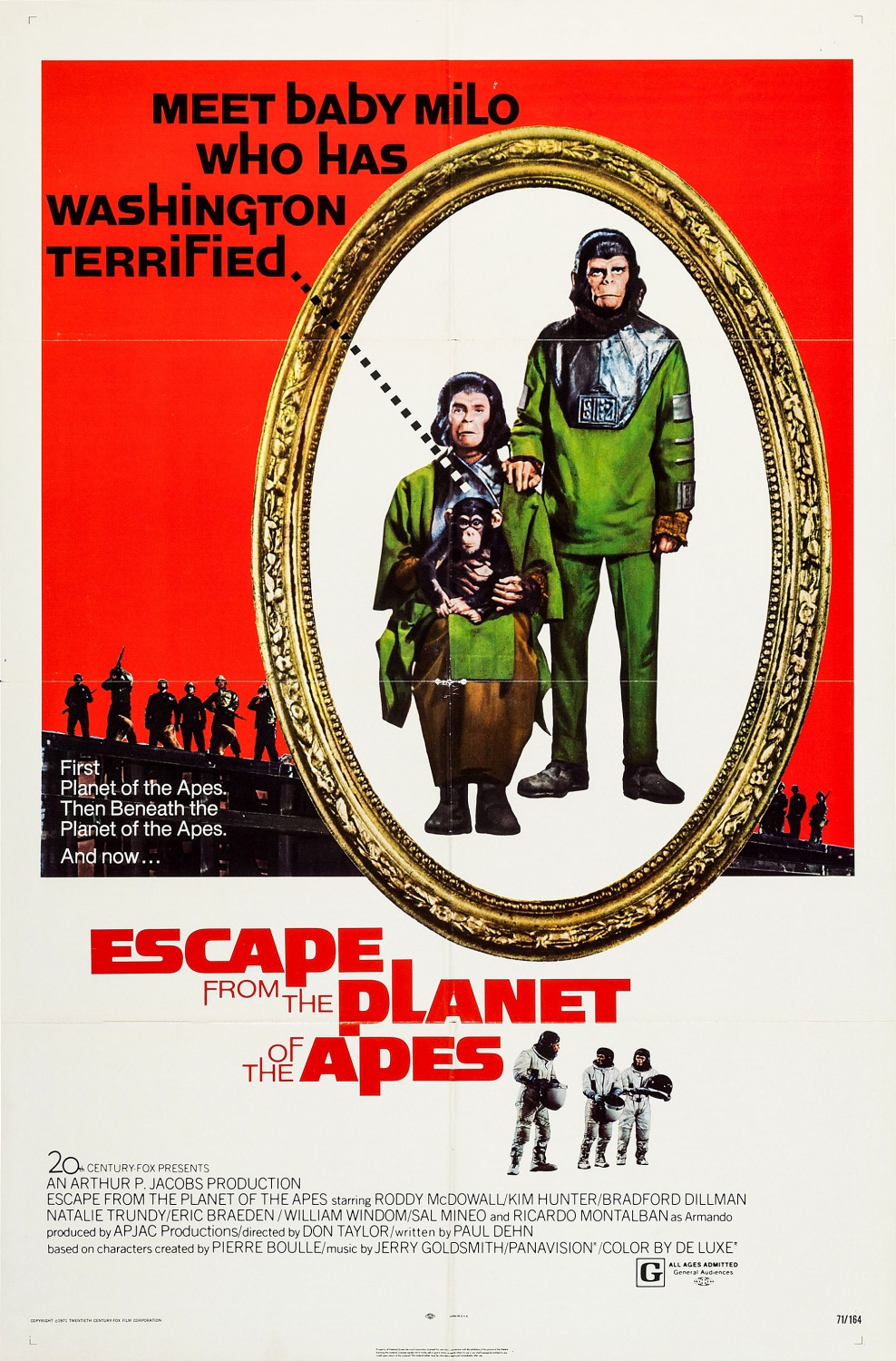 Chimpanzees Cornelius and Zira escape from the nuclear disaster at the end of the second film and travel through time to 1973 San Francisco. Scientists want to study them, though one man sees them as a threat to humanity.