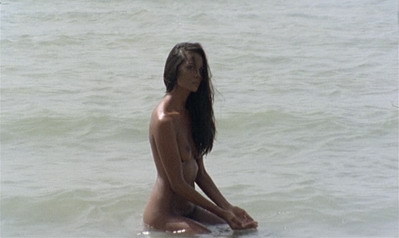 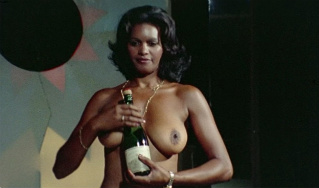 The film's plot focuses on a sleazy developer who plans on creating a hot spot for wealthy jetsetters on an abandoned island somewhere in the Caribbean. Despite many warnings from locals and an exorbitant amount of hotel room nookie, the developer decides to scope out his remote paradise (dubbed Cat Island) and hires the macho and constantly shirtless Larry (author, star and never-nude George Eastman) to take him out to the island on his house boat. 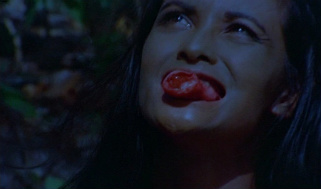 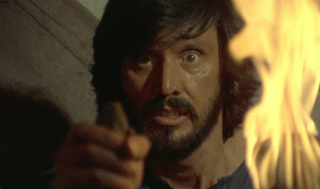 Upon arrival, they find out that the land is actually inhabited by Laura Gemser and her grandfather, who are the last remnants of a village that has succumbed to disease. They try to force the visitors away, but the greedy developer refuses to cordially step aside... that is, until the dead residents of Cat Island reanimate and thirst for human blood.

The horror segment of the feature also feels like a bit of an afterthought. The audience is tirelessly dragged through over an hour of lame sexual encounters before the plot even really begins, showing how limiting unsimulated sex can be if not handled carefully.

Thankfully, Marcello Giombini's wonderful score is capable of taking over during some of the dry spells. Amidst the sex scenes, his funky numbers are playful and sultry even if the acts on screen are a bit flaccid and his throbbing tribal drumbeats and creepy funereal organ make the zombies' rise from their graves truly startling. Most fans will realize that Pluto Kennedy is a pseudonym for someone of talent when they here that absolutely killer theme song. 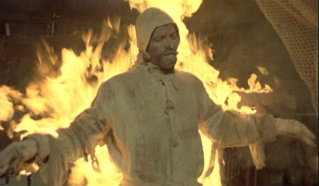 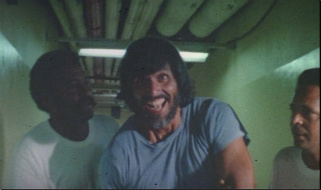 The non-traditional look and dress of the zombies is also impressive. They seemed more like an army of the dead instead of your run-of-the-mill rotting corpses and were quite reminiscent of the Knights Templar from Tombs of the Blind Dead.

D'Amato also sprinkles in a few bloody moments, particularly an oral castration and some very brutal eye gouging. Yet, the film's most infamous moment is a major letdown. The much heralded "champagne scene" is not as explosive as expected. It is painfully obvious that the bottle has been uncorked offscreen and not by the female organ in question. Much thanks to my girlfriend for pointing out the lack of suds when the bottle was removed (not to mention still dating me after watching this film).

For those looking to get into the prolific D'Amato, Beyond The Darkness and Anthropophagus are solid entries in his catalog that may not have as much controversy surrounding them, but, unlike this film, are definitely more than curiosities.