It's very easy to go into hyperbole mode when it comes to cult movies. And to either to call any and every such movie an instant cult classic. Or go into MST3K mode and mock a movie while turning it into an ironic midnight movie. Equinox is one such case where it is easy to dismiss it as terrible. But what sets it apart from the likes of Eegah or Manos: The Hands of Fate is that the talent of its makers is never in doubt. Despite being made under similar low budget circumstances.

Now I have no idea how I ended up choosing to watch Equinox. It might be after viewing Annihilation and reading about it that I came across the movie. But let's just say I am glad I had this happy accident.

The movie starts with a scene where a person gets captured and taken to a health facility. As he is a lone survivor of a freak accident, he is being interrogated by the doctors about what happened. Then begins the flashback or how the accident came to occur.

It is often said that this movie has inspired The Evil Dead. None of it seems to confirm whether it is actually true. But if you read about this movie that comparison comes up a lot. You can understand why. First up, the circumstances under which the movies were made might seem similar. Considering both started with some talented youngsters getting together to make a short film. What started out as movies made with next to nothing later got expanded into cult films. 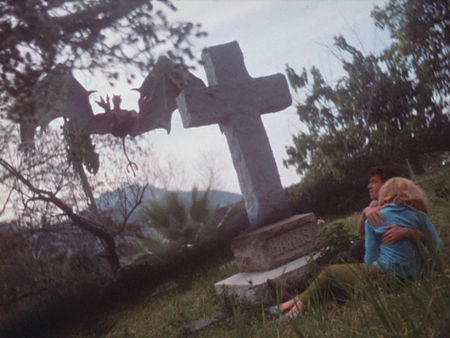 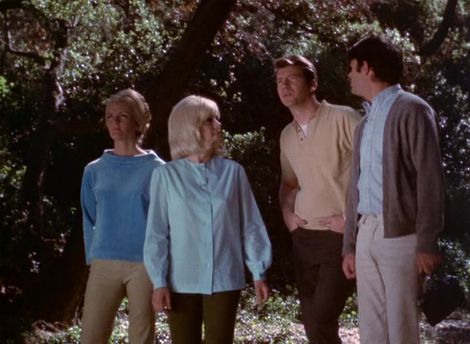 Also, both involve two couples going on a weekend trip to the middle of nowhere and getting tangled up with an evil book. While there, they encounter some strange occurrences. In Equinox, the kids see a ranger on a horse who might be a demon, a mysterious castle that appears and disappears, and a spooky-looking cave. And oh a parallel (?) dimension where everything has a brownish tint and has an alternate (?) version of the objects in the real world. (Hmmm, where have I seen that before?).

Now there is a thing called movie logic that works precisely how real logic is NOT supposed to work. Like for example, if you see a mysterious, eerie looking cave where you hear strange horror movie noises? Chances are a voice in your head would say “DON'T go in!!, “DON'T pretend it's normal while shitting your pants when you come across a skeleton of a dead man”!! or “DON'T stop running in the opposite direction ”!! or “DON'T accepts an evil looking book from the creepy looking guy who seems to be living in the cave”!! That's a voice that many a movie character won’t listen to and are often mocked for (the film Prometheus has been a prime example where people dumped some furious vitriol for it). It is what many slasher movies and romantic comedies are also based on. Unfortunately, the characters here also DON'T listen to it and end up moving the plot along. Which is by reading the evil-looking book and letting a nightmare be unleashed.

In The Evil Dead, the book itself unleashes the evil within. Here the book is more or less used as a MacGuffin. When the youngsters read from it sounds almost like the ramblings of a mad old man. Or could be just called Fantastic Demons and Where To Find Them and the demons or monsters are unleashed by a man wearing rings made to look like the demons he unleashes. 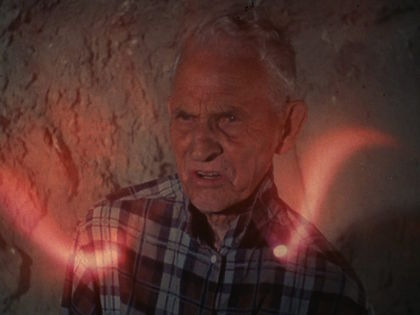 Which brings us to the special effects aspect of the movie. David Allen, Jim Danforth and Dennis Muren (all special effects stars) cut their teeth here and it shows. Their talent, passion, AND 'wet behind the ears' inexperience are there for all to see.

The stop-motion and practical special effects look like it could beat the best of them. Despite not having the budget like a Jason & the Argonauts or Clash of the Titans may have had, its monsters are really impressive and worthy of the best stop motion work. They managed to get ahead of their limitations and play to their strengths. The almost comical quality of the old-timey stop-motion figures is also what lends its charm. How one moment it looks genius and the next it looks funny or both at the same time.

Dennis Muren, in fact, directed the short film which was later expanded by adding extra scenes to pad it. It's strange that he is not credited as the director on it. But I am pretty sure he didn't miss out on much due to that as he is today considered an essential part of movie effects history. 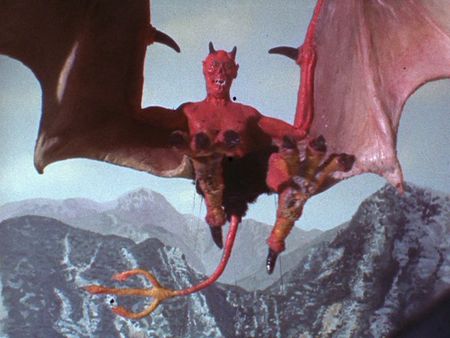 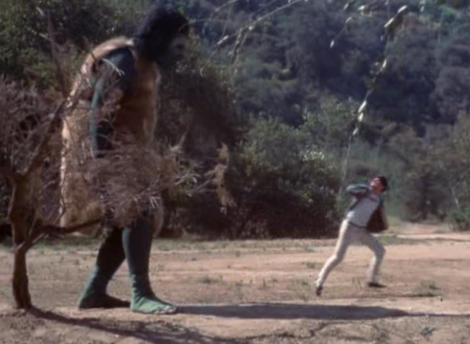 If someone told me that a future eight-time Academy award winner for special effects made this movie. Who had been the head of ILM? Who worked with the likes of Lucas, Cameron, Spielberg? Who had worked on movies like Empire Strikes Back, Return of the Jedi, Indiana Jones 3, The Abyss, Terminator 2, Jurassic Park? (Like wow!!). I wouldn’t be surprised. AT ALL. That is an incredible pedigree to have. There are a lot of cringe-inducing movies filmmakers would like to hide from their IMDB pages. But I am sure the makers of this movie would be pretty proud of it. They have every right to be.

Sometimes when you are watching a movie, you know there is something off. The characters are bland; the film looks cheap, or the movie generally seems terrible. You want to mock everything about it and laugh and even play drinking games with it. But then the other side of your brain says shut up, recognize and appreciate movie magic when you see it. And that magic may not be in the movie you are watching but knowing and appreciating the craft and passion that went into it which paved the way for its makers to move on to greater things...THAT would be truly magical.