Emanuelle Around The World

Emanuelle Around The World (1977, Italy) is a Sexploitation film directed by Joe D'Amato. 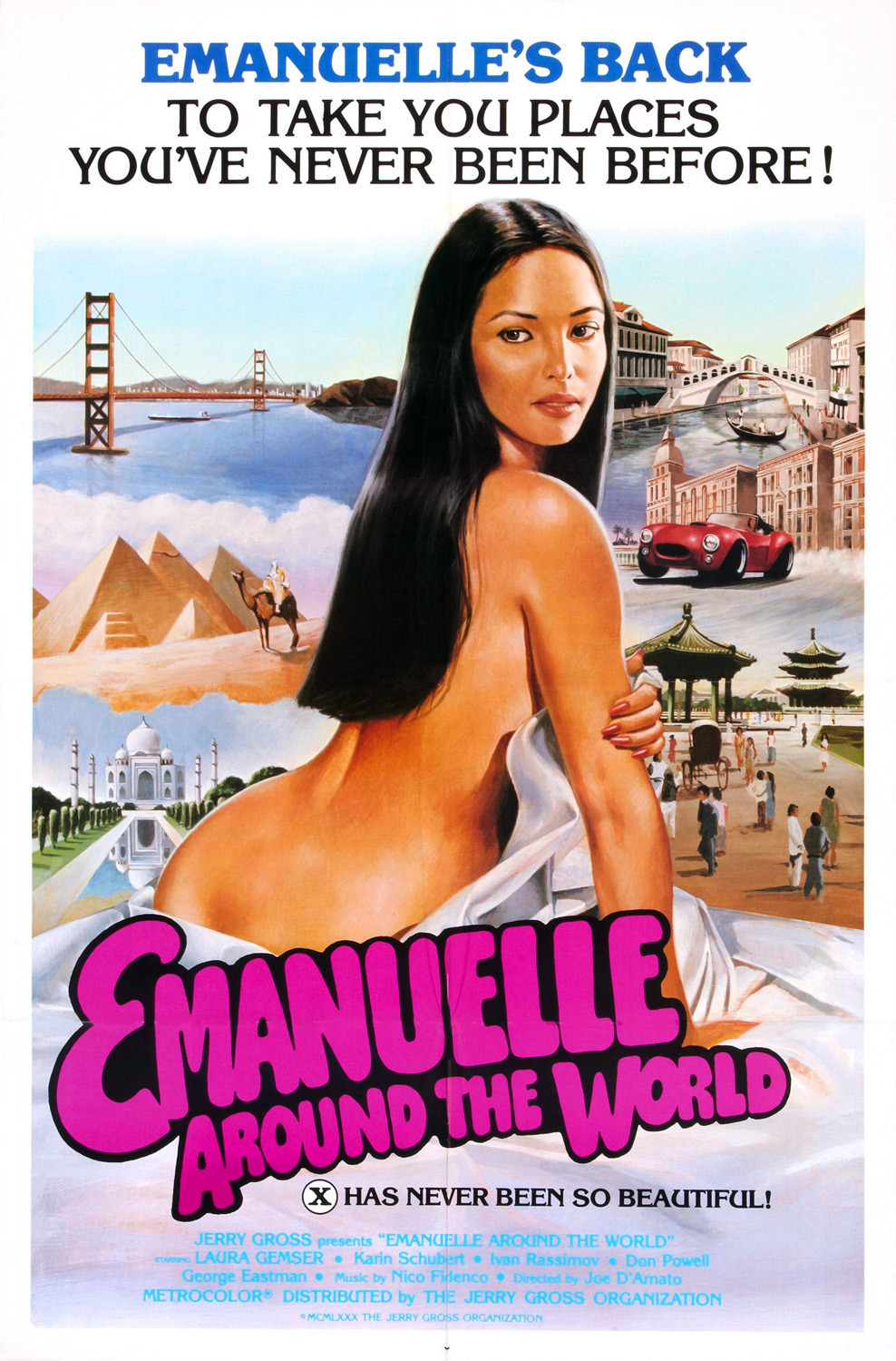 Emanuelle Around the World (Emanuelle – Perché violenza alle donne?), also known as The Degradation of Emanuelle and Confessions of Emanuelle, is a 1977 sexploitation film by Italian director Joe D'Amato, starring Laura Gemser and George Eastman. The film was one of the most expensive films ever made in Italy at that time, not just in cast but in locations. The filming was done in many countries; Hong Kong, Iran, Nepal (says India in movie, but have the scenes from Nepal, a neighboring country to India), America and in a studio in Italy. It features a notable cast, including Gemser, Karin Schubert, Ivan Rassimov and Eastman. (Wikipedia)