Eat My Dust (1976, USA) is a Carsploitation film directed by Charles B. Griffith. 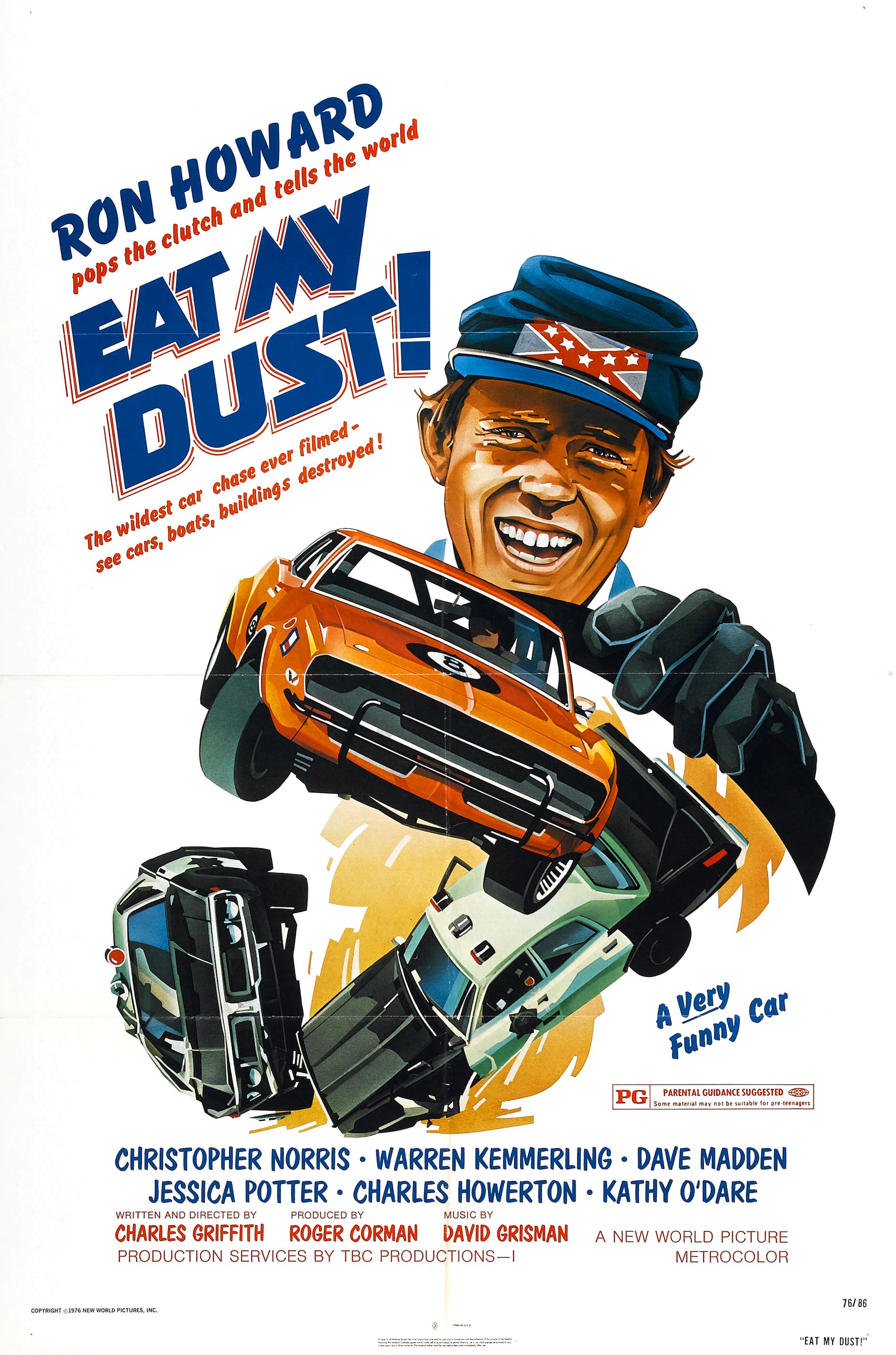 Ron Howard had written a comedy with his father called Tis the Season and raised half the budget from Australia. He met with Corman agreed to star in the film provided the producer agreed to co-finance Tis the Season. Corman was not enthusiastic about the comedy but said if Howard appeared in Eat My Dust he would let the actor develop a second film which Howard would direct as well as star. This was Grand Theft Auto (1977). Charles Griffith directed the movie which was shot in four weeks, although Howard's scenes were done in only ten days. It was originally entitled The Car and Griffith says he only suggested Eat My Dust! as a joke, but the marketing department at New World loved it. (Wikipedia)