Duel (1971, USA) is a Thriller film directed by Steven Spielberg. 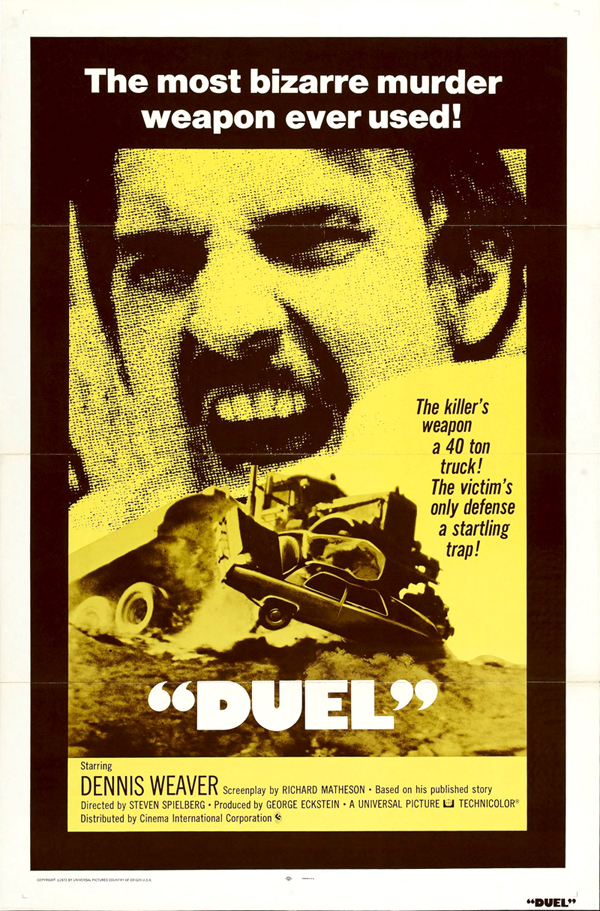 Duel stars Dennis Weaver as a terrified motorist stalked on a remote and lonely road by the mostly unseen driver of a mysterious tanker truck. The script is adapted by Richard Matheson from his own short story, originally published in Playboy magazine. It was inspired by a real-life experience in which Matheson was tailgated by a trucker while on his way home from a golfing match with friend Jerry Sohl on November 22, 1963, the same day as the John F. Kennedy assassination. The short story was given to Spielberg by his secretary, who reportedly read the magazine for the stories. Duel was Spielberg's second feature-length directing effort, after his 1971 The Name of the Game NBC television series episode "L.A. 2017". It was two years after directing a segment of the pilot for the anthology television series Night Gallery and several other TV episodes. (Wikipedia)