Drum (1976, USA) is a Blaxploitation film directed by Steve Carver & Burt Kennedy. It is the follow up to Mandingo. 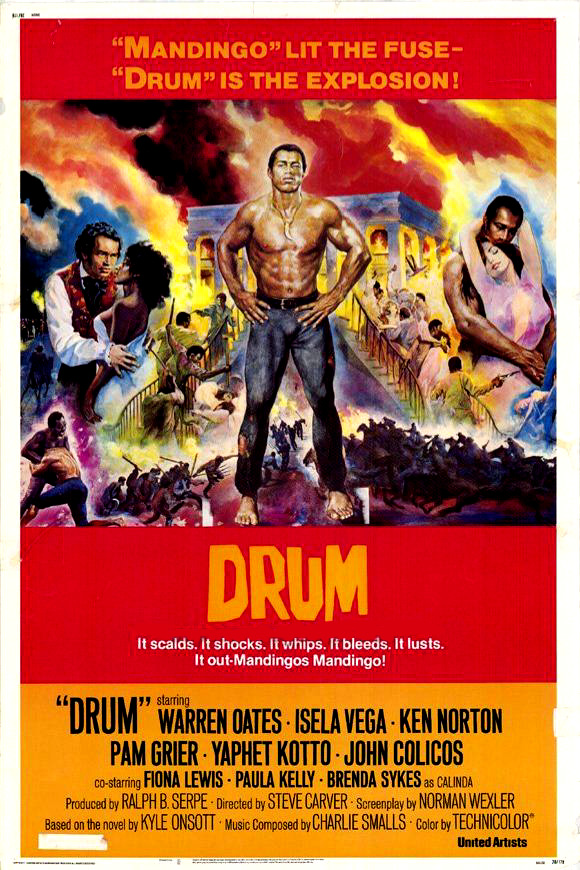 Drum is a 1976 American film based on the Kyle Onstott novel of the same name. It was released by United Artists and is a sequel to the film Mandingo, released in 1975. The film stars Warren Oates, Pam Grier, Ken Norton, and was directed by Steve Carver. This film picks up the story 15 years after the events of the first film. Drum (Norton) has been born to a white prostitute (Vega), who raises him with her black lesbian lover (Kelly). Drum grows up to be a fighter and is often forced to bare-knuckle-box other slaves for the entertainment of the owners, one of whom is a gay Frenchman named Bernard DeMarigny (Colicos). (Wikipedia)