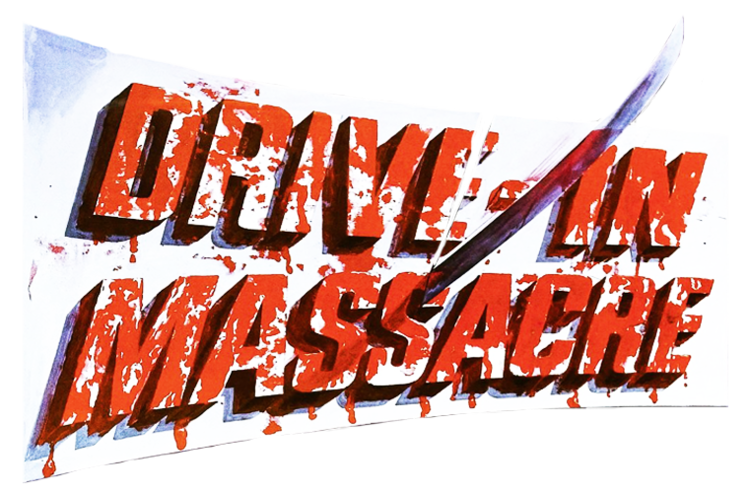 This is another case where I have to defend the movie since it's not as bad as what you've heard. From what I understand, Drive-in Massacre was a 1977 flick that was made to cash-in on the success of The Texas Chainsaw Massacre, a classic horror movie that gives us a chilling atmosphere. Just look at the trailer of the film, it tries to tell us that it was based on true story (just like TCM), shows MOST of the cool scenes (including the final one), and exclaims: "Warning!!! Drive-in Massacre has been deemed too terrifying for the average viewer! The risk is entirely your own." And as all of you might guess, it's not as gory as advertised.

The whole plot is super simple. We see a couple getting killed at a Drive-in theater (we'll talk about that later), then two fat cops investigate the area/interview a few people, then we see another couple getting killed, then an investigation. It just goes on and on and on. But don't get me wrong, it's not that boring. There are surprisingly good plot twists every 10-20 minutes because most of the suspicious characters that might be the killer are later revealed not to be. In fact, the ending (***SPOILER ALERT***) doesn't actually show us who the killer is, but tells the audience that there are lots of killers that go on rampages at drive-in theaters. Then we hear the sound of the projector being stopped and the announcer says that "There's a killer in this Drive-in, do not panic. The police are on their way". Now that would be really cool if you watched it at the drive-in theater but it's kinda lame when you watch it at home. 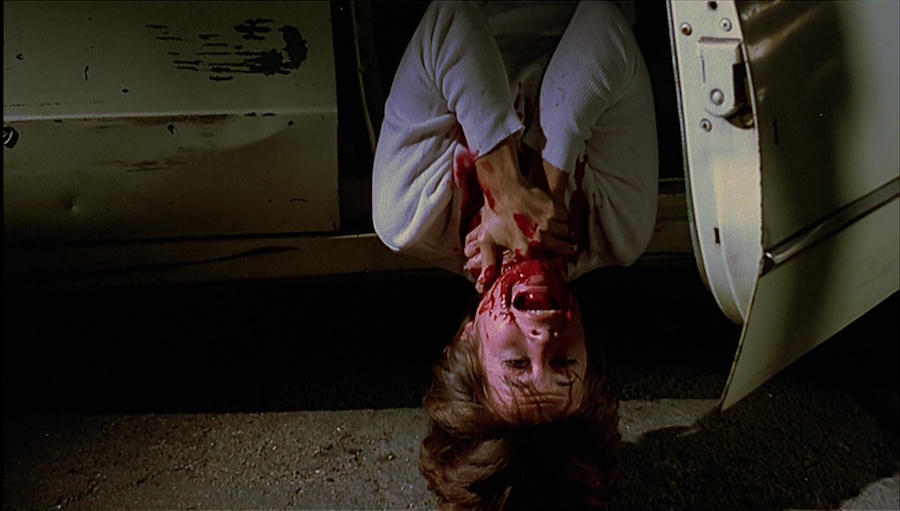 Although most of characters are behave realistically (at least that's what I think), there are some characters that make me laugh. For example, the first couple that get killed. A guy decides to put the drive-in speaker into his car. Instead of opening the car door, walking, and grabbing a speaker, he decides to reach for it while he stays in the car! To me, it's like a Bat signal that calls for a killer. Another hilarious moment is when the two fat cops decide to disguise themselves as a couple (yes, one of them dresses as woman) to lure the killer. Luckily, their plan doesn't work.

The gory effects in this film are lame by today's standards. They just look unrealistic. To warn you again, the film itself has only 5-6 gory death scenes so don't believe the trailer that promises you that it's going to be full on Slasher film, it's more of a crime-thriller. Another thing I'd like to mention is the soundtrack. It sounds like a cheaper version of John Carpenter's scores. It uses synthesizers and effectively thrills the audience in some scenes but unfortunately it sounds pretty bad.

Overall, the dialogue might be boring but trust me, the film isn't as bad as you've heard. Oh! this film is also in the public domain. It has a pretty bad picture/sound quality, but is worth watching for B-movie and horror/thriller fans.