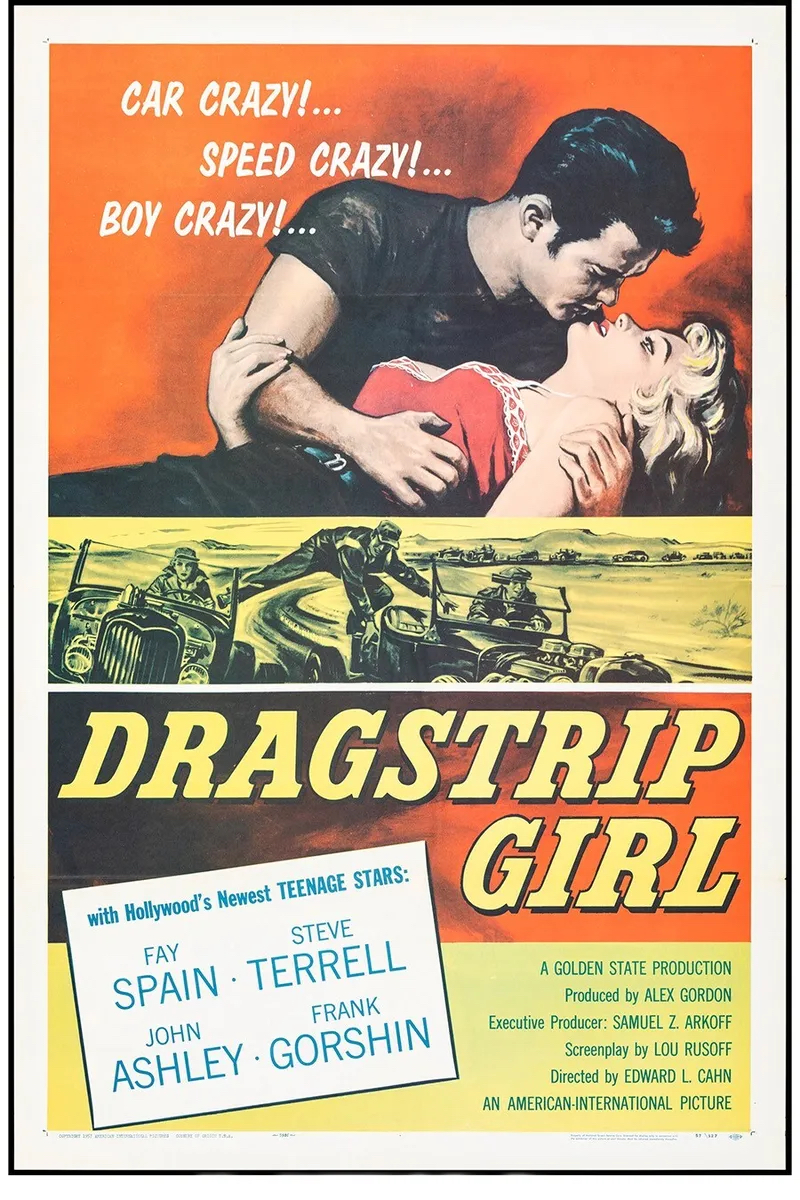 Dragstrip Girl is a 1957 film starring John Ashley in his first lead role. His girlfriend was auditioning for a part in the movie and Ashley accompanied her; while there, Lou Rusoff asked him to audition and he was successful, using an Elvis Presley imitation. Ashley's girlfriend did not get the part. American International Pictures released the film as a double feature with Rock All Night. The film was remade later that year as Motorcycle Gang (1957). (Wikipedia)