Don Schain: From The Deuce To Disney 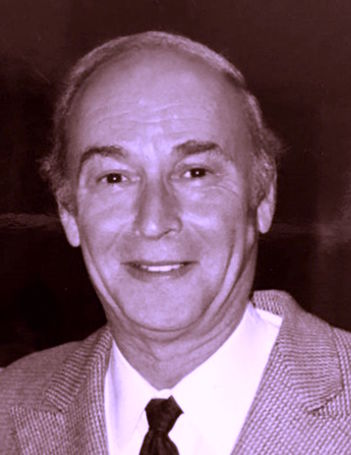 During his forty-year show business career Don Schain came full circle. Following his directorial debut in 1967 with The Love Object, Schain hit the big time with 1971's box office bonanza Ginger, an exploitation cinema classic that he wrote and directed and in which his future wife Cheri Caffaro starred as a high-kicking, high-flying private detective—who was often undressed.

Ginger’s phenomenal success (it played in theaters for more than a year) resulted in two "Sexsational" sequels; 1972's The Abductors and 1973's Girls Are For Loving, films that raised the bar that Ginger had unblushingly put in place.

Schain's most ambitious cinematic endeavor was 1972's ripped-from-the-headlines commentary on race and politics. A Place Called Today remains a relatively obscure work that is, nevertheless, fascinating. It's a serious-minded Nixon era opus; an unfiltered look at pervasive American disenfranchisement.

Following his success in the exploitation and Blaxploitation movie markets—African Americans loved the Ginger series, Schain traded in his director's hat for that of producer. His working relationship with the Disney Channel made clear the fact that early career "R"-rated directorial endeavors like Too Hot To Handle and H.O.T.S. were safely tucked away. In their place were teen-oriented, suitable-for-all-family-members "G"-rated TV films like Mom's Got a Date with a Vampire, The World’s Fastest Indian and, most prominently, High School Musical.

Don Schain passed away on December 26, 2015 at the age of 74. When I interviewed him for my book Blaxploitation Cinema: The Essential Reference Guide he impressed me with his acerbic humor and encyclopedic knowledge of the behind-the-scenes world of the film and distribution industries. He was also palpably uncomfortable with Hollywood's lack of recognition. Hollywood, he said only wants you to be successful after their endorsement. They don't like it when you become successful without it. He was right. Reviewing The Abductors in The New York Times Vincent Canby stated: "The only reason I bother to take note of this film is because it opened yesterday at The DeMille Theater, which occasionally plays real movies." It was a swipe that perfectly illustrated Hollywood's (AND CRITICS') contempt for outsiders like Schain.

Regardless, today, Don Schain's films remain thoroughly engaging, unapologetic entertainments: time pieces that were also prototypes. It can be argued that there would have been no Coffy, Cleopatra Jones, Scorchy or Gloria if Ginger hadn't blasted and flashed her way into the American consciousness. 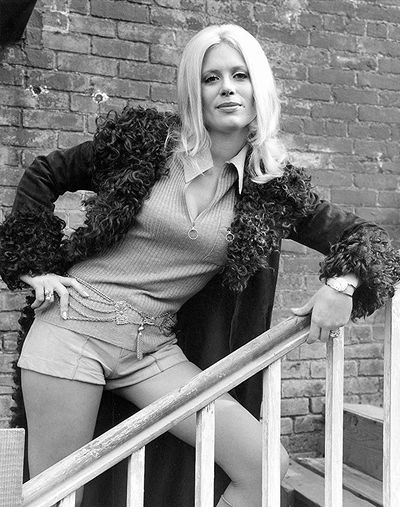 Cheri Caffaro on the set of "A Place Called Today"

“Ginger” was a smash success. How did you come up with the story of a female private detective?

Well, we’re going back a very long time. It just seemed to me that it was time to portray women in some of the roles that were traditionally reserved only for men.

Are you aware that many of the elements that made Ginger a success were appropriated in female-hero exploitation and Blaxploitation films?

I'm vaguely aware of it, but, you know, there are only so many story lines—so many different courses of action. When you take a strong female character and you make her a detective and you have her shooting guns, and you have her doing Karate, and someone else comes along and creates a similar character, they might end up doing very similar things.

A Place Called Today is very different than Ginger. What made you want to write a black-themed political mystery-thriller?

My partner Ralph Desidirio and I always aspired to make serious movies. However, when you're a young filmmaker just starting out, and your first film is a serious movie that doesn't do much business, the chances of you getting to make a second film are greatly diminished. Our filmmaking strategy was to start out making films that were more commercial—like Ginger, and then reach a point where we could make more serious pictures.

A Place Called Today is most definitely serious. It's also got a great title and a twisting turning plot.

That picture was my attempt to make a comment on the state of politics. Even though many critics have suggested that it was influenced by Watergate, it wasn't. Watergate hadn't even happened yet. A Place Called Today was filmed in 1971 and released in 1972. And it was written long before that.

How did you cast the film?

For me, one of the most satisfying things about the film is the casting. For instance, I had worked with Herbert Kerr, Jr on Ginger and knew what he was capable of so I gave him the lead without even auditioning anyone else. Woody Carter plays a black radical in the film. Woody had turned me down for the lead role in Ginger because he thought the character in that film was very stereotypical and a poor representation of African Americans. Even though he turned me down, I called him up and told him that I wanted him for A Place Called Today. He was very surprised that I remembered him or would even consider working with him again! He does an absolutely fantastic job in the picture. 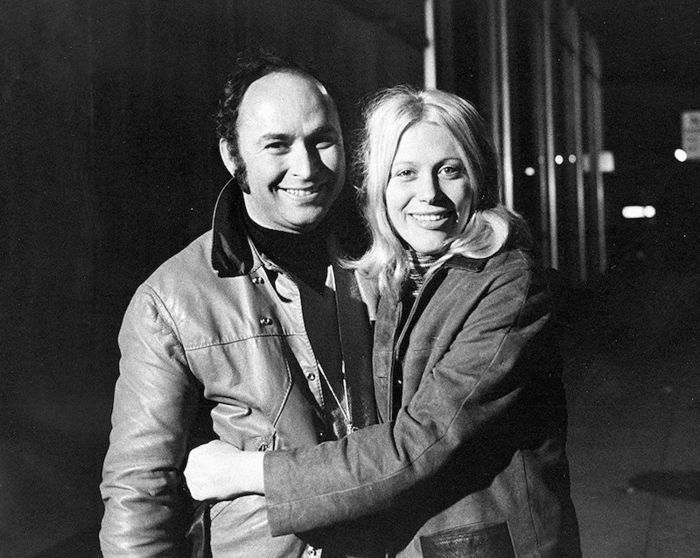 Don and Cheri Caffaro after wrapping A Place Called Today

How long was the shoot?

38 days. I don’t remember the budget but, at least by today's standards, it was incredibly small.

Cheri Caffaro is one of the few likable characters in the film. Consequently, her on-screen demise is particularly disturbing: shocking really.

Many reviewers focused on Ms. Caffaro and her treatment in the film.

Again, I must say that my intention for Cheri's scenes, and for the film itself, was to hopefully get people to think about things. If certain events in the film are more shocking than others, they are there because I wanted to get people thinking.

Why do you believe A Place Called Today failed to reach a larger audience?

I've never really understood why the film was not more successful. I know for a fact that blacks were particularly impressed with the picture. On several occasions, when I went to different film premieres, black audience members would come up to me and say You know, by just looking at the film, I could not tell whether it was written by a white man or a black man. I took those kinds of comments as a compliment—especially at that time. As for the critics, I must say that I believe they used the opportunity to take out their wrath on me for the phenomenal success of our Ginger films. 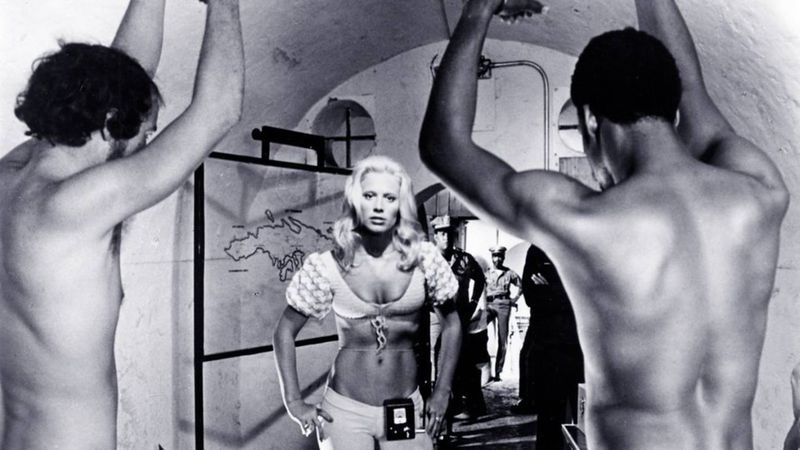 Cheri Caffaro in Girls Are For Loving

Girls Are For Loving is the third and final installment in the Ginger series. How did it come about?

It was just a natural progression from the other works that I had written and directed. The budget was a bit larger and because of that we got to film in a lot of different locations.

Your use of split screen photography and dissolves are staples of your films. Why are you attracted to them?

Well, split screens you hardly see anymore. At the time it just seemed to me that that was an interesting device to use to progress the action, and to give the audience a glimpse of simultaneous goings on. As far as the dissolves go, that was just another creative tool which I found visually satisfying

What was your opinion of the Blaxploitation films that were in theaters at the time?

I saw some of them but not all of them. I remember thinking that the Shaft series was excellent.

What do you say to critics who say that exploitation and Blaxploitation films are filled with too much violence and sex?

When you're talking about pictures like Ginger, or Girls Are for Loving, you're talking about pictures that were meant to entertain. They were meant to give an audience what an audience wanted. They were never expected to be something that the critics would enjoy. I think that critics were more bothered by the fact that these types of films were phenomenally successful, than by their actual content. If they had just been these little unknown pictures we wouldn't be talking about them today, and they wouldn't have talked about them back then.

Did you ever experience or witness any racism or discrimination in Hollywood?

No, not at all. Although I know others have talked about it, I was frankly not aware of any of that. 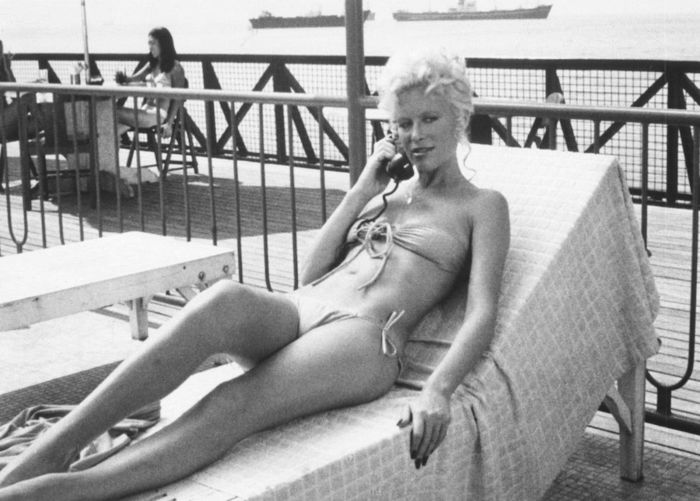 Cheri Caffaro in Too Hot To Handle

Why do you believe exploitation and Blaxploitation films came to such an abrupt end?

It came to an end for a number of reasons. Among them was the advent of cable television. Additionally, videocassettes and the whole home-movie business removed the films from the possibility of being theatrically released. A bigger problem, that is not often discussed, is a big change in the way films were promoted. In the early 1980s, the big movie studios began buying huge blocks of television promotion time. Small exploitation and Blaxploitation films just could not compete with that kind of industry muscle. Movie theaters preferred to book films that were supported by million-dollar ad campaigns and lost all interest in small films that relied, for the most part, on word-of-mouth.

Why do you believe the pictures remain popular today?

Well that's a good question and I wish I had a good answer for you. I know that the films had an extremely large following and in some respect they became cult films. For instance, I remember going on publicity tour for Girls Are For Loving. We were somewhere in Ohio—I don't remember where, but a couple came up to me with their newborn baby girl and they told me that they had named her "Ginger", because they were dating at the time and loved the character Ginger in all three of the films. So, for whatever reason, my films had an impact on people that went way beyond what was originally intended.

Which of your exploitation/Blaxploitation-era films is your favorite?

I would have to say that A Place Called Today is my personal favorite because I think that even though that film was not so successful, I really believe that it had some very, very, important things to say.