Dolemite (1975, USA) is a Blaxploitation film directed by D'urville Martin. Followed by The Human Tornado 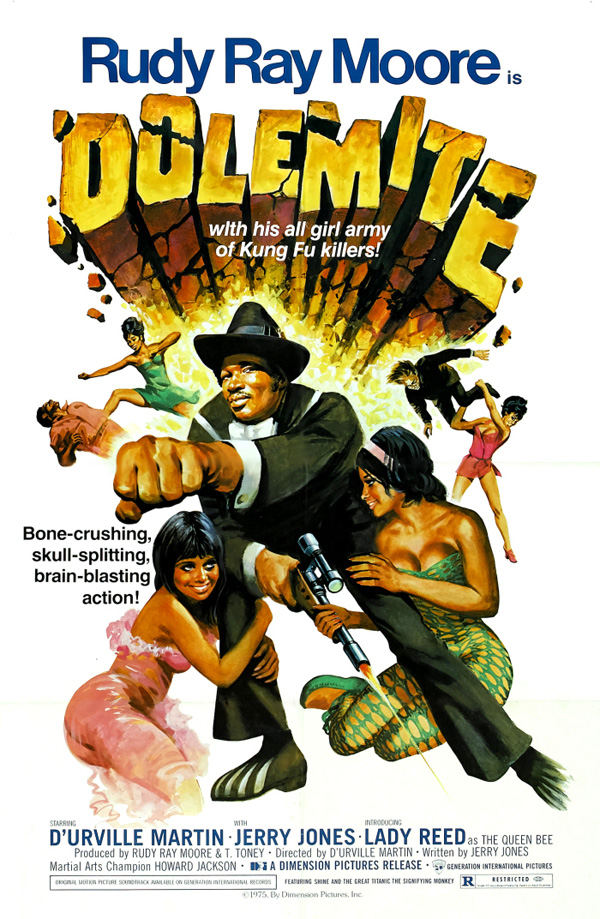 Dolemite is a 1975 blaxploitation feature film, and is also the name of its principal character, played by Rudy Ray Moore, who co-wrote the film and its soundtrack. Moore, who started his career as a stand-up comedian in the late 1960s, heard around that time a rhymed toast by a local homeless man about an urban hero named Dolemite, and decided to adopt the persona of Dolemite as an alter-ego in his act. He included the character on his 1970 debut album, Eat Out More Often, which reached the top 25 on the Billboard charts. He released several more comedy albums using this persona. (Wikipedia)