Document of The Dead 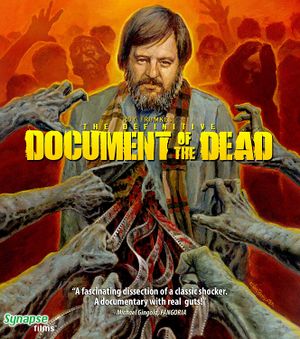 ROY FRUMKES CELEBRATION OF HORROR DIRECTOR GEORGE A. ROMERO GETS RE-EDITED, UPDATED AND RE-MASTERED! THE DEFINITIVE DOCUMENT OF THE DEAD IS AN ALL-NEW VERSION OF THE CLASSIC MAKING OF PROJECT BASED ON 1978's DAWN OF THE DEAD!

George A. Romero, director of the original NIGHT OF THE LIVING DEAD, is one of the horror genre's most celebrated filmmakers. Roy Frumkes amazing 1978 documentary DOCUMENT OF THE DEAD was an intimate look at Romero s creative process, with an outstanding collection of interviews, effects demonstrations (courtesy of make-up artist, Tom Savini) and behind-the-scenes footage from the classic horror film, DAWN OF THE DEAD. This newly re-edited and re-mastered 2012 version of the award-winning documentary contains all-new exclusive material including additional interviews with Romero's family and friends, candid on-set footage from TWO EVIL EYES, LAND OF THE DEAD, DIARY OF THE DEAD, SURVIVAL OF THE DEAD and many more surprises!

THE DEFINITIVE DOCUMENT OF THE DEAD is a loving portrait of a horror legend, and a must-see for any hardcore horror fan! The release contains a DVD of the new version of THE DEFINITIVE DOCUMENT OF THE DEAD (along with the new commentary), as well as a Blu-ray of the ORIGINAL 66 minute 16mm 1979 version of DOCUMENT OF THE DEAD, created for educational use at The School of Visual Arts, remastered in high-definition. Also included in this limited edition combo is a fold-out poster, created by artist Wes Benscoter, of the new George A. Romero painting used on the cover art. 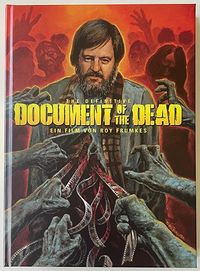