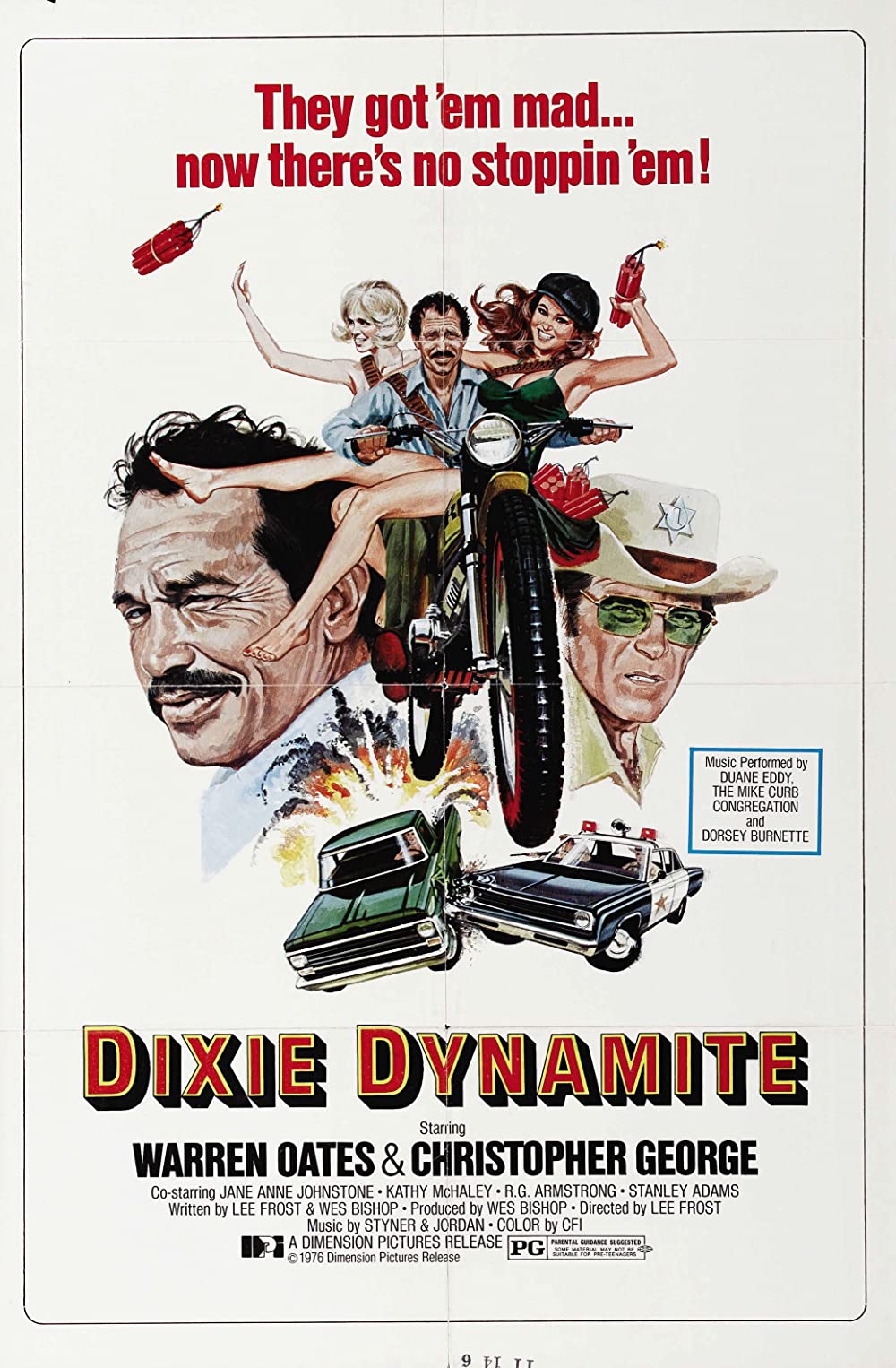 This film is about a land owner that forces the local authorities to close down all the stills producing Moonshine, all done to make the locals lack enough money to make their mortgages. The scuzz buys up all the land, knowing Natural Gas is under it, and throws everyone off their own land. The local police Deputy named Frank (Wes Bishop) is the epitome of the mean southern police officer. Warren Oates plays Mack who is the best and only friend in the world to the main heroines of the film: Dixie (Janne Anne Johnstone) and Patsy (Kathy McHaley). Mack used to be a great dirt bike racer in his younger days. Now that their land is taken, Dixie and Patsy become wild chicks on motorcycles toting shotguns and dynamite! They are the female vigilantes of the hills!