Diary Of A Sinner

Diary of a Sinner (1974, Canada) is a Sexploitation-Crime film directed by Ed Hunt. 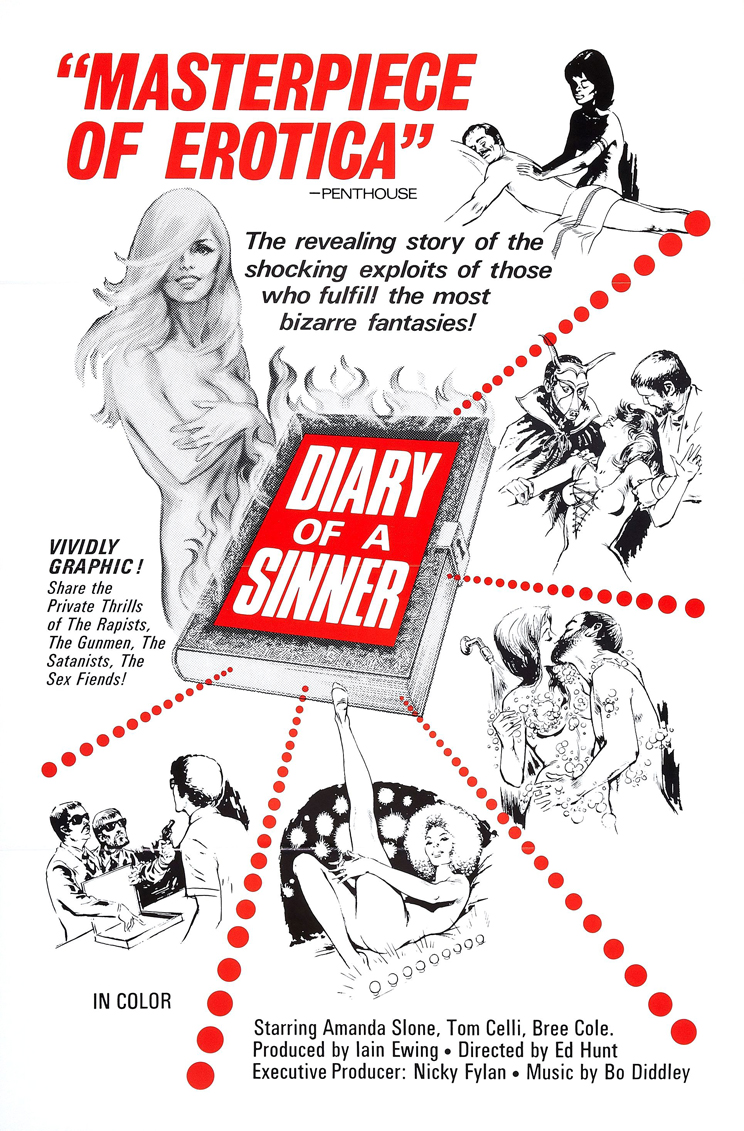 Iain Ewing stars as Dave, a broke, out-of-work actor who moonlights as a pimp. Despondent over breaking up with his girlfriend, Dave befriends effeminate loner Tom (Pleasure Palace's Tom Celli), an ex-priest who lives in the room next to his in a run-down boarding house. Since his neighbour seems just as lonely and suicidal as he is, Dave proposes a suicide pact, in one week, they will flip a coin, and the winner will kill himself. Morbidly interested, Tom agrees, and spends the next week with his new friend on a whirlwind tour of sex and violence. (Canuxploitation.com)