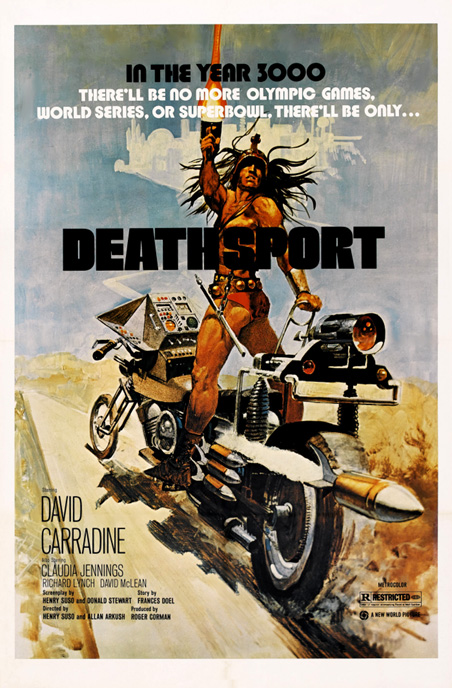 "A thousand years from tomorrow," after the Neutron Wars, the world is divided into a barbaric collection of city states, surrounded by wastelands where only mutant cannibals and independent warriors, known as Range Guides, can live. The city state of Helix is planning war on another, Tritan. Hoping to prove their newest weapon's superiority, the "Death Machines" (laser equipped Dirt bikes), they create a new Death Sport. The death penalty has been replaced by Death Sport, where criminals battle each other to the death for their freedom. Lord Zirpola (David McLean) is using the "Death Machines" against some Range Guides he managed to capture. One of the guides, Kaz Oshay (Carradine), forges a bond with the female guide Deneer (Jennings) and vows to escape with her and find her child who was taken by mutants before her capture. (Wikipedia)