Death Walks At Midnight (1972, Italy) is a Giallo film directed by Luciano Ercoli. 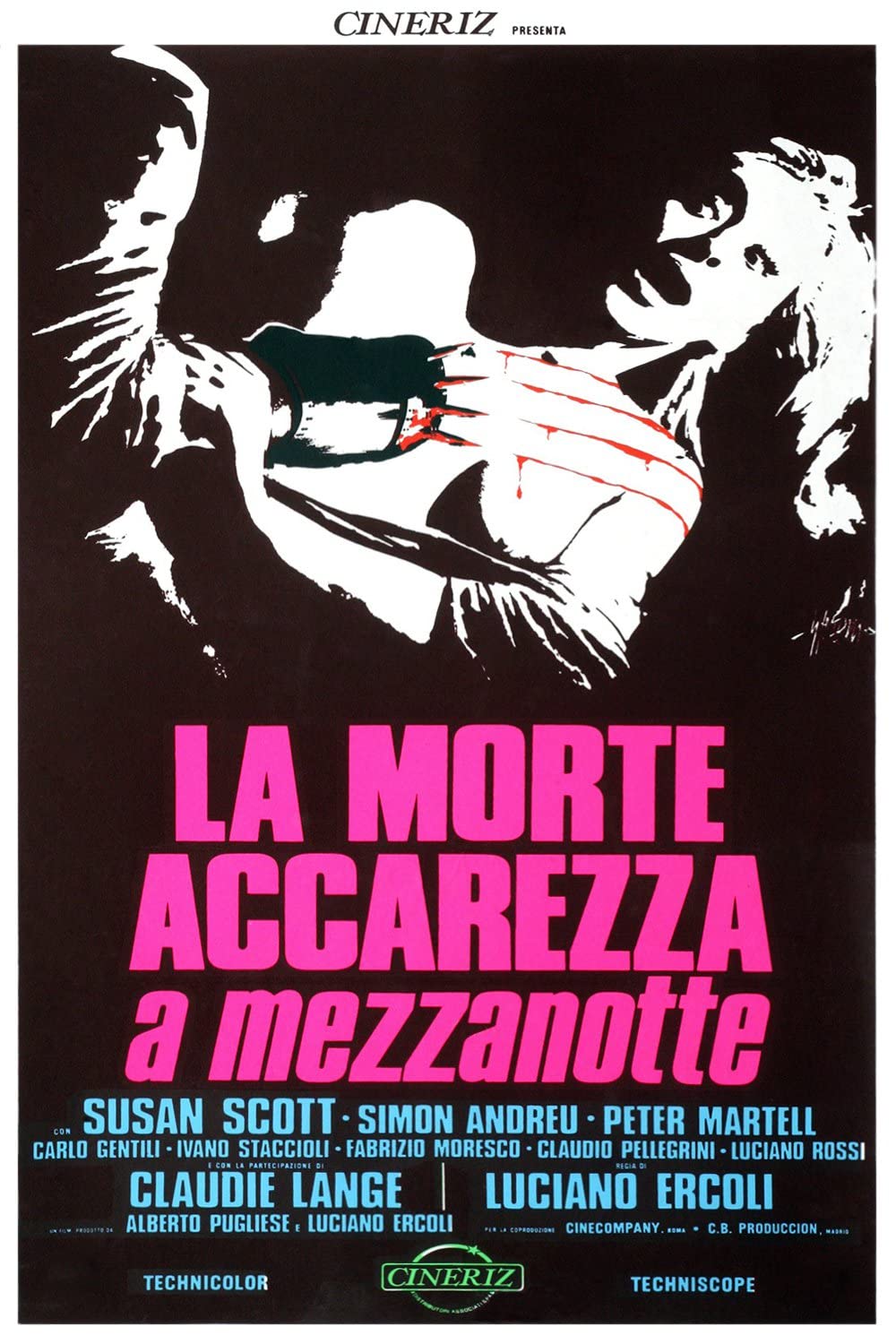 Fashion model Valentina (Susan Scott) agrees to help her journalist boyfriend Giò Baldi (Simón Andreu) research the effects of LSD. While under the influence of the drug, Valentina sees a man bludgeon a woman to death with a spiked gauntlet. Baldi publishes a report of her hallucinations; however, Valentina believes what she has seen is real. She begins to realise that the killer is stalking her, although neither Baldi nor the police will believe what she tells them. La morte accarezza a mezzanotte marks the third collaboration between director Luciano Ercoli and screenwriter Ernesto Gastaldi, who had previously worked together on 1971's La morte cammina con i tacchi alti and 1970's Le foto proibite di una signora per bene. Ercoli's wife Nieves Navarro, credited here as Susan Scott, featured in several of his other films, often in similar roles as "tough, independent" women. The director's preference for this type of character has been noted as being inspired by fumetti, a form of Italian photo novel often featuring such roles. (Wikipedia)