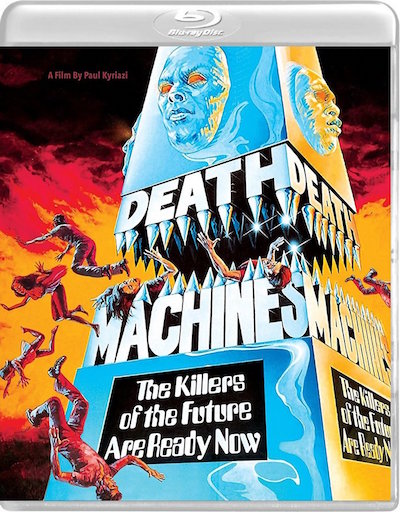 Synopsis: Madame Lu has created three 'Death Machines', a trio of martial arts experts who have been injected with a special serum, turning them into mindless zombies, capable only of murder, at Lu's command. Tasked with eliminating her enemies, the Death Machines go on a blood soaked rampage, killing anyone in their path. After they massacre an entire dojo, leaving only one survivor, the Death Machines and Madame Lu herself become the targets of his vengeance...

Vinegar Syndrome is proud to present this outlandish, action packed, and truly unforgettable piece of mid-70s genre filmmaking, freshly restored in 4k from its original Techniscope camera negative and featuring brand new interviews with its director and stars.