There’s a good idea here—and it’s a modern one. If someone (in this case a black man) breaks into your home and robs and degrades you, would you have a problem with a racist (white) cop gunning him down in front of you—even though your assailant was unarmed and had fully surrendered?

James Earl Jones is Rabbit, the psychotic home intruder in question—someone who spouts Shakespeare one moment and leads his victim in a demented ballroom dance the next. Diahn (yes that’s how she spells it!) Williams is the damsel in distress; a musician who teaches pre-school during the day and performs with a bizarre, half-naked rock/ballet/mime theater group at night. She also spends the second half of the film fleeing a man who first seems friendly and then turns deadly. 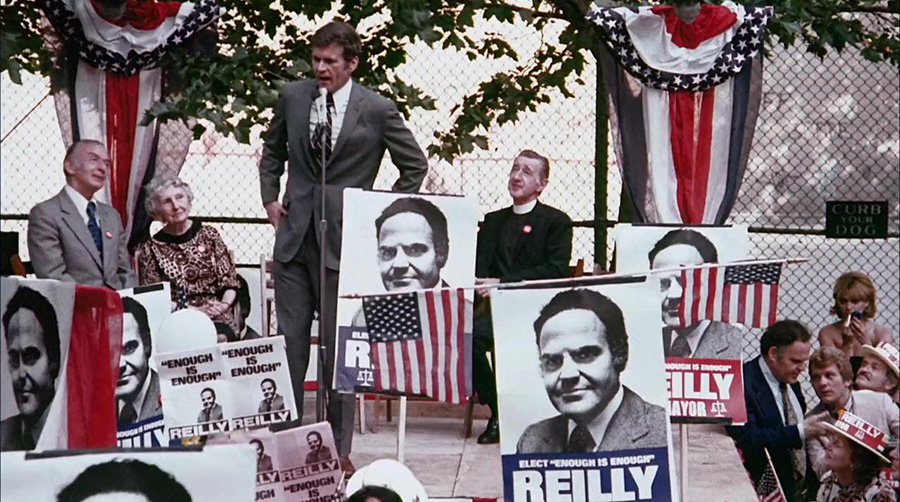 Hand held photography is at a premium in this largely birds-eye-view production, and it works well; creeping around corners, following in character’s footsteps, and offering a lingering unobstructed view of the torsos of glittered and bespangled (and topless) female dancers.

A nosy elderly Jewish neighbor, a well-meaning new cop on the force (Treat Williams in his film debut), a rotund and bumbling hit man—“Salami, pork chops, Oreos, oh boy! Hey, you forgot the Fig Newtons!” enliven the narrative. So do a who’s who of seventies actor/personalities in diminutive walk-on roles—Danny DeVito, Beverly Johnson, and Ernest Thomas (of TV’s “What’s Happening”).

Deadly Hero is indeed what the New York Times surmised: “…thin, commonplace and superficial…,” but it is also quirky, colorful and an attempt at telling the story of two characters struggling with provocative and controversial inner conflicts.