< Day Of The Dead

This third installment to George A. Romero's living dead saga is perhaps the most underrated of them all. At its initial release it was ignored and despised by critics and audiences alike, until it was rediscovered in home video and given the proper respect it deserved. The original screenplay which was not filmed due to budgetary constraints, featured more exterior sequences, more gore, and strangely enough - some sex. The setting (in the unproduced script) took place in a remote island near Florida, it was known as Gasparilla Island - which was named after the Florida governor, who resided in this island as ruler, he had complete power on everyone and everything. The script later went through a major rewrite, which really shrunk the story to its fundamentals; which is the collapse of our government and society. 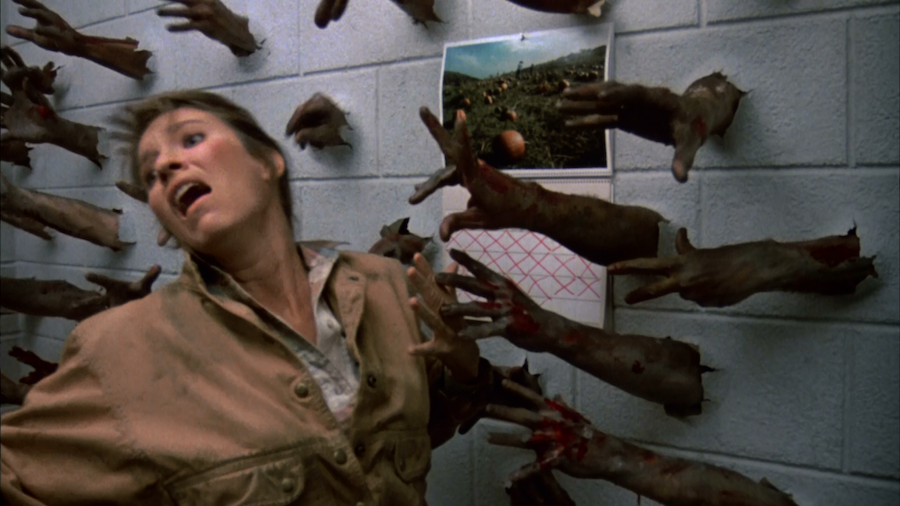 The opening sequence - which strangely enough was filmed in Florida happens to be one of my favorite openings in a movie of all time. There's just something that sparks the imagination when witnessing legions of the undead stagger in the hundreds. Sarah, played by Lori Cardille (her father played himself, Chilly Billy Cardille in NOTLD), along with her crew set down on this dangerous territory in the prospect of finding any survivors, that could aid them in their disjointed plan of action, that has been established by the government, which is to find and eliminate the cause of this bizarre pandemic that has ravaged most of the world. It is an ensemble of military personnel and a group of scientists and doctors. But their expidition is unsuccessful, they soon head back to their base, which is an underground missle-silo. Now from hereafter the movie begins to establish the volatile conditions between the group of researchers and the military guys. They generate such strong point of views to the situation - which intensifies throughout the rest of the film until its climax. 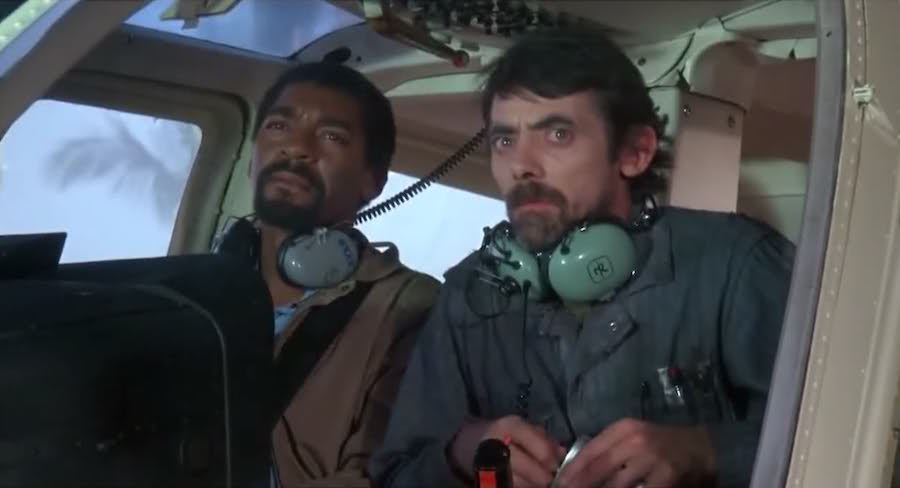 After Cooper's death, Rhodes' autocracy begins and soon reigns down on our heroine and her followers. They have been given an ultimatum - either they find something that could help them eliminate the zombie plague, or they will be outcasted, and their program will no longer be supported by his men. One thing that I should mention is Richard Liberty's performance as Dr. Logan or Dr. Frankenstein as he is referred to most of the time. I really like how he acts as if everything he's doing is completely normal. How he actually beleives that by making these zombies behave, they will be able to control them somehow. "Reward is the key" - he says. 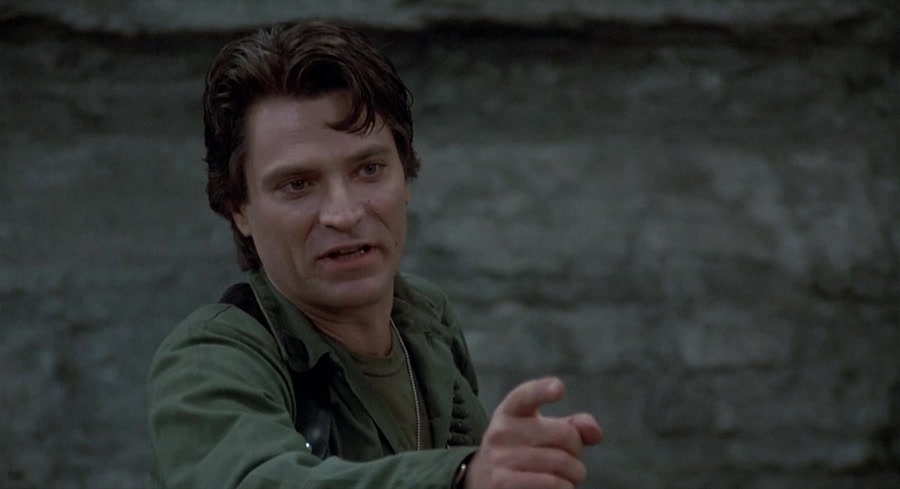 But on another side note, the zombies in the original screenplay were controlled by humans - they even knew how to shoot pistols. Romero used the original basis from his previous story as Logan's obscure concept that is only logical inside his head. This film also features some of the best special effects ever created in a horror film. Tom Savini, who also did the special effects and make-up for the 1978 zombie romp, Dawn Of The Dead; excels in his work in this living dead installment. Many call this his greatest effort to date, and jusitifiably so, he won the Saturn award for best SPFX in a movie. 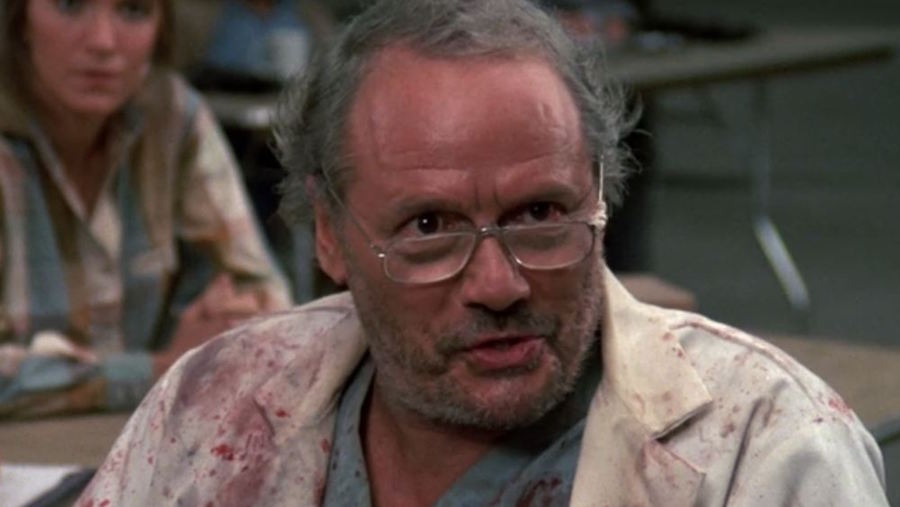 After a horrible incident that claims the lives of a few army men - Rhodes and his men confront Sarah in order to capture her boyfriend, who has completely lost it, but he really loses it after he is bitten and needs to have the infected arm removed and coterized. "From now on you ain't getting shit from my men", and so Rhodes and his men walk away angrily after this episode. The drama heightens after Rhodes discovers what Logan has been doing to the remains of his soldiers (he's been feeding his zombies to further his research). Logan is mowed down abruptly by Rhodes. By the way, if you're wondering why I haven't mentioned the Bub character played by Howard Sherman, is because I think his character single-handedly ruined this film . How you ask - well let's just say that I believe that zombies shouldn't even be remotely intelligent, I see them as souless creatures who will stop at nothing to kill you, but with Bub, it doesn't work for me, Romero attempts to garner sympathy for the zombies, it works, but it doesn't work for me. 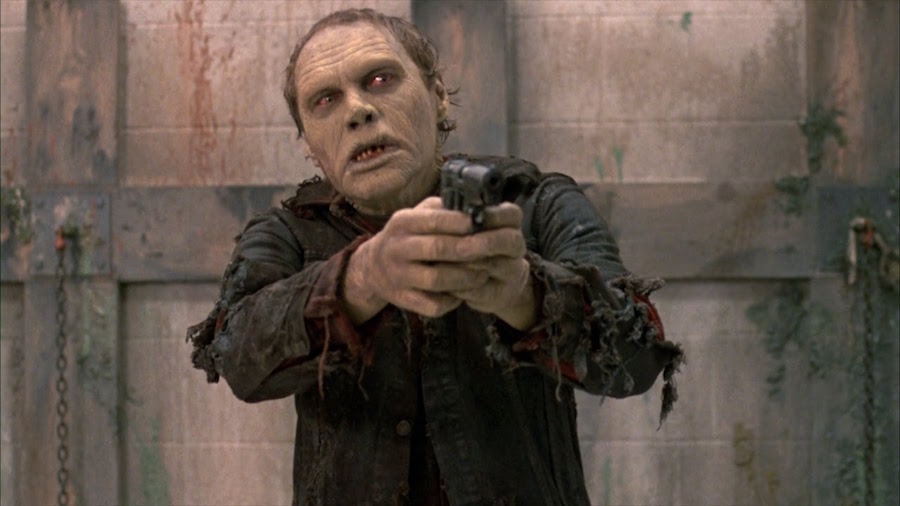 In the final act, like most or all of George's dead films, everything goes haywire - there are zombies all over the place and soldiers running frantically in attempts to escape them. The carnage that follows is visceral and artistic - what would a zombie movie be if it weren't for all those montage shots of zombies feasting off of human remains. Overall I feel the original script that was written would have satisfied the entire saga, but things never turn out the way you want them to. Still Day Of The Dead is wild, wickedly funny, and imaginative, despite the lack of exterior action. It's not Romero's best, but it's definitely one of the best zombie films ever made, and it was made for a little over 1M dollars.