Dark of the Sun (1968, USA/UK) is a men-on-a-mission adventure movie starring Rod Taylor and Jim Brown, directed by renowned cinematographer Jack Cardiff (The Red Shoes, Rambo: First Blood Pt. II) and featuring a great score. Over the years, the movie has gained a cult following due to its exciting, violent, entertaining and daring interpretation of the genre and bending of its conventions. It is cited as an influence, for example on Quentin Tarantino's Inglourious Basterds. 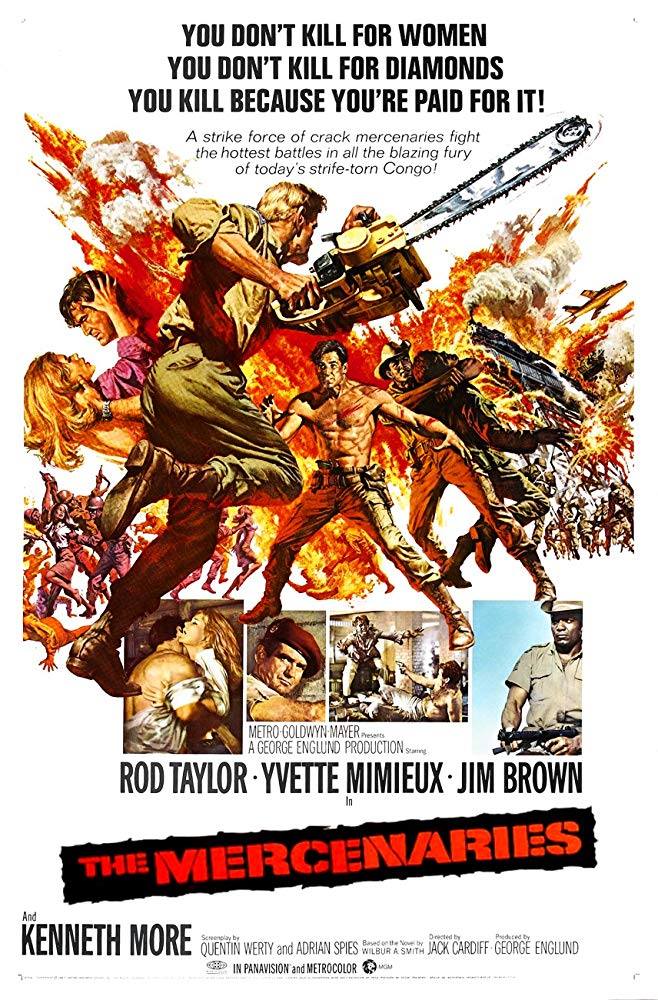