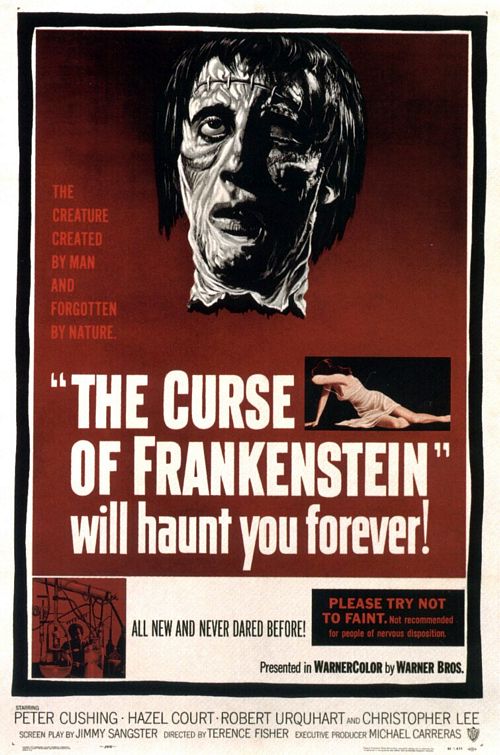 The Curse of Frankenstein was Hammer's first colour horror film, and the first of their Frankenstein series. Its worldwide success led to several sequels, and the studio's new versions of Dracula (1958) and The Mummy (1959) and established "Hammer Horror" as a distinctive brand of Gothic cinema. Baron Victor Frankenstein (Peter Cushing) is in prison, awaiting execution for murder. He tells the story of his life to a visiting priest. His mother's death leaves the young Frankenstein (Melvyn Hayes) in sole control of the Frankenstein estate. He engages a man named Paul Krempe (Robert Urquhart) to tutor him. After two years of intense study, Victor learns all that Krempe can teach him. The duo begin collaborating on scientific experiments. One night, after a successful experiment in which they bring a dead dog back to life, Victor suggests that they create a perfect human being from body parts. With all of the parts assembled, Frankenstein brings life to the monster (Christopher Lee). Unfortunately, the creature's damaged brain leaves him violent and psychotic, without the professor's intelligence.