Michael Fischa’s ultra sleazy L.A. crime drama CRACK HOUSE (1989) could be seen as a modern update of all the low budget teen drugsploitation films that came out in the 50s and 60s. The story introduces us to high school lovers Rick (Gregg Gomez Thomsen) and Melissa (Cher Butler). These two inner city kids may not have much but they’ve got each other and seem to have the perfect fairytale relationship with plans of marriage after they graduate. 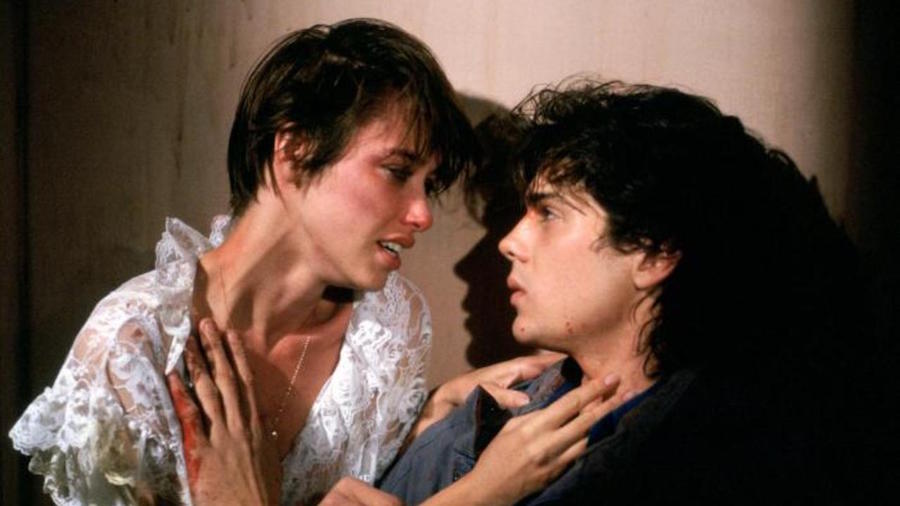 One night Rick goes to see his cousin Jesus (Louis Rivera) who happens to be the leader of “The Pocho” Mexican gang, to borrow his cool low rider to take Melissa on a date. Trouble soon crashes the festive mood when members of a rival black gang called “The Grays” roll up and pull a drive by shooting, killing Jesus in the process. We learn that Rick, who has a cleancut appearance, is a reformed Pocho member. This shocking act causes him to lose his cool and rejoin his old gang to seek revenge on the Grays. Rick and his amigos then decide to take the fight to the Grays’ clubhouse and proceed to have a very explosive and bloody confrontation. In the fray members from both sides get shot up and killed. Rick narrowly escapes the scene but after crashing his getaway car the police arrest and book him.

Rick’s impulsive decision quickly destroys his future plans with Melissa, who, in the following weeks begins losing hope due to him being locked up. Her alcoholic mother (Angel Tompkins) doesn’t make things any easier for her as the two constantly fight. One day on her way home from the grocery store Melissa is chased and attacked by Chico (Albert Michel Jr) Rick’s bitter rival in The Pochos and she is nearly raped but a friend from school, BT (Clyde Jones) rescues her in the nick of time. Seeing Melissa is in need of some relief from all her troubles, BT introduces her to crack cocaine and the two become hooked on the stuff.

BT happens to work for a feared drug dealer named Steadman (Jim Brown) and when he comes up short on a delivery, Steadman pays him a visit, taking poor Melissa as a down payment until he’s paid back in full. Melissa is suddenly forced into prostitution and kept for enjoyment at Steadman’s crackhouse. The scenes with Melissa and a fellow “ho” being turned out are as vile as it gets. I’ve never been to a crack den but this film seemed to really get the down n’ dirty tone right while portraying the effects the drug has on hardcore junkies. Even with her addiction, Melissa still wants to escape and see Rick, but has no real means of overcoming her captors. 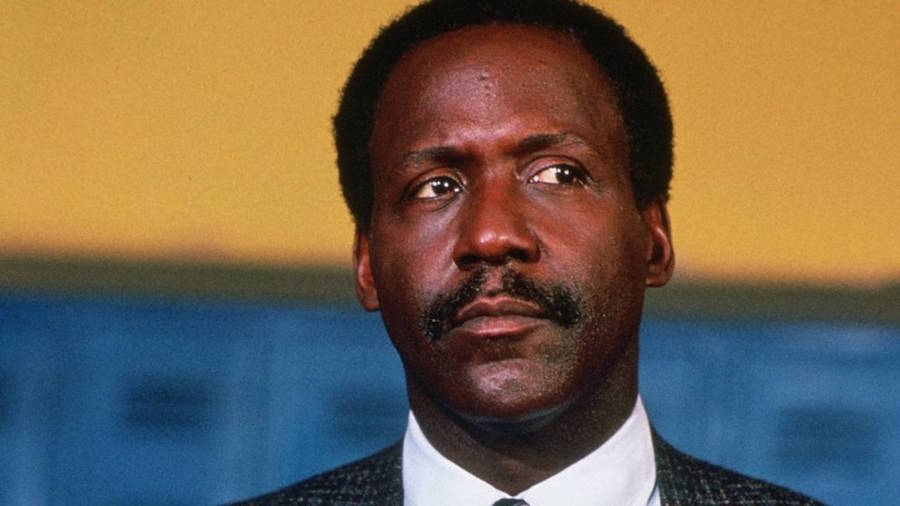 Meanwhile, Rick learns about Melissa’s predicament after Chico confronts him in jail. The two old foes have a face off and Rick lets Chico have what he’s been asking for. With Melissa’s life on the line, Rick decides to makes a deal with the police explaining he’ll help them take down Steadman if they set him free. The police, led by Lt. Johnson (Richard Roundtree) reluctantly agree and Rick hits the streets again. His first order of business is to seek out BT and teach him a lesson for getting Melissa involved in his seedy world. After beating him to a pulp and destroying his van, Rick heads to the crack house. His means of getting into the place is going undercover as a fellow drug dealer. It’s clear from the outset the ruse he pulls could get him killed if he’s found out but his love for Melissa is more important to him than anything, even death.

One of the most interesting twists in the story concerns a teacher at Melissa’s high school named Mr. Dockett (Anthony Geary) that leads a double life. He appears to be a very straight laced, scholarly guy, which is the perfect front since he’s also part of Steadman’s drug organization. It actually shows us that hard drugs can hook anyone from all walks of life either for the easy money or because of the addiction itself.

If you’re already a fan of gang/drug themed movies like Boulevard Nights, Colors and American Me, CRACK HOUSE is a dusky little gem from the late 80s you should check out!