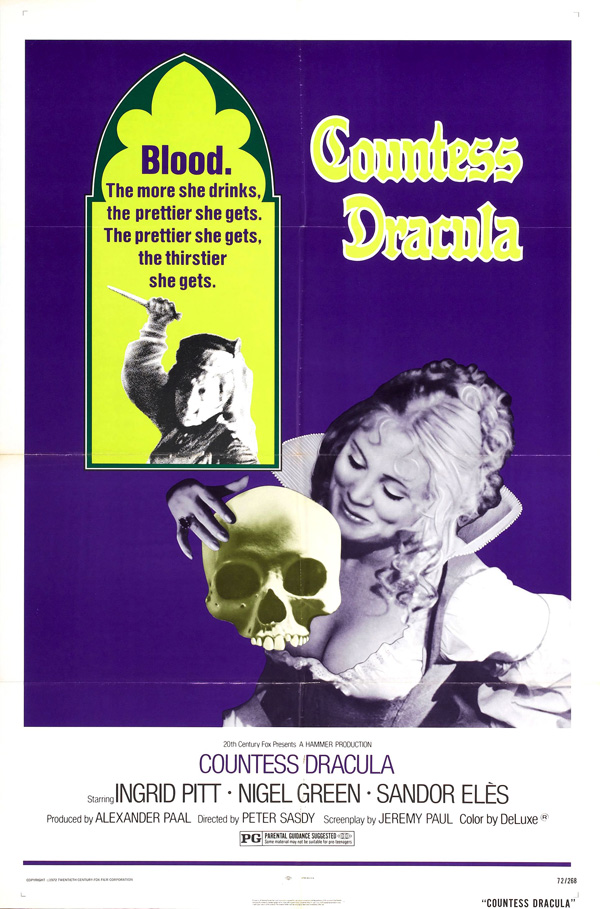 Countess Dracula is a 1971 Hammer horror film based on the legends surrounding the "Blood Countess" Elizabeth Báthory. It is in many ways atypical of Hammer's canon, but can be considered related to that studio's Karnstein Trilogy attempting to broaden Hammer's output from Dracula and Frankenstein sequels. In 17th century Hungary, Countess Elisabeth Nádasdy discovers that her youthful appearance and libido can be temporarily restored if she bathes in the blood of young women. She enlists her steward and lover, Captain Dobi, to help with the kidnap and murder of countless local girls, whilst pursuing further sexual conquests with the likes of Lt. Imre Toth. As a cover for her crimes while in her rejuvenated state, she takes the identity of her own daughter; a plan that spirals out of control when her actual daughter, Ilona, returns home.