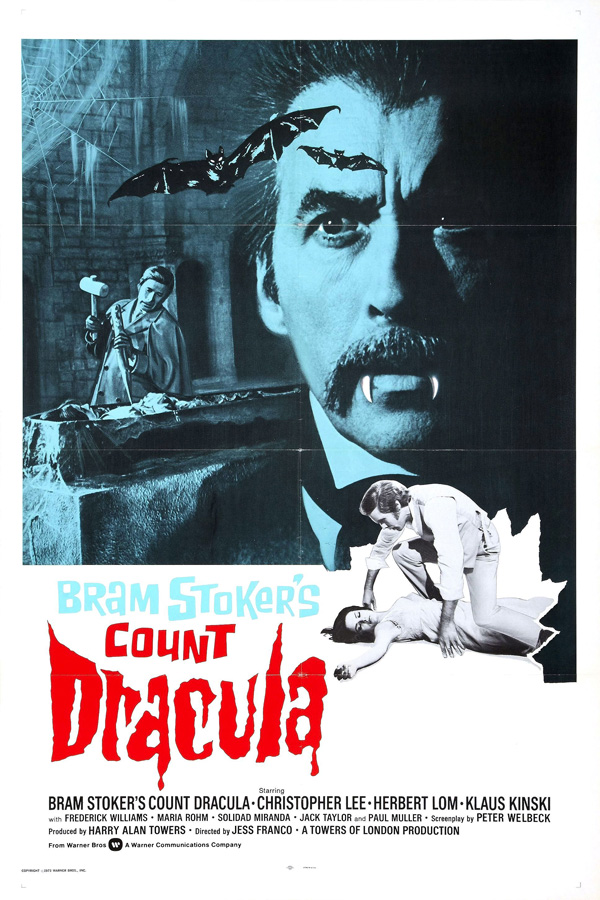 Although Count Dracula stars Christopher Lee in the title role, it is not a Hammer production like his other Dracula films, being produced instead by Harry Alan Towers. Klaus Kinski, who would play Dracula himself nine years later in Nosferatu the Vampyre, is also featured in the film as Renfield. Count Dracula was advertised as the most faithful adaptation of Bram Stoker's novel. Among other details, it was the first film version of the novel in which Dracula begins as an old man and becomes younger as he feeds upon fresh blood. (Wikipedia)