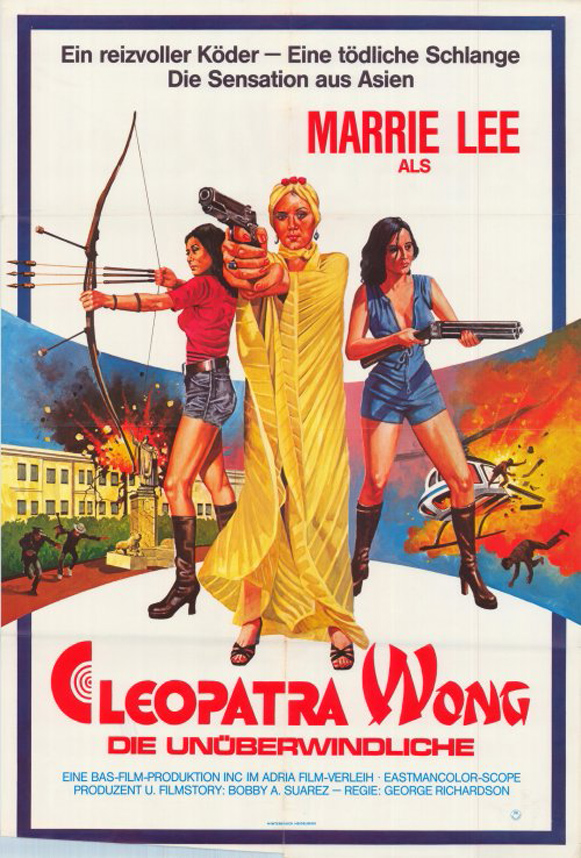 They Call Her Cleopatra Wong (also known as Cleopatra Wong and Female Big Boss) is a 1978 joint-production of Singapore, Philippines and Hong Kong film companies, starring Marrie Lee and George Estregan. The film, riding on the success of Hong Kong martial arts films of the era as well as the James Bond and superspy craze, details the adventures of a female Interpol agent. The movie is directed by Bobby A. Suarez and is written by Romeo N. Galang as well as himself. The film is reported listed by cult director Quentin Tarantino as among those that inspired him.