Based on “true events” and modeled after teen-gone-wrong pictures like Over The Edge and Massacre at Central High, Mark L. Lester’s bleak and larger-than-life Class of 1984 takes a look at a group of unrepentant and nihilistic punks who deal drugs and pimp at the decrepit, war-torn Lincoln High. Although their behavior and capabilities are not as realistic as those portrayed in Over the Edge, Lester does fashion quite a convincing little monster out of Stegman, a brilliant and dangerous gang leader who’ll stop at nothing to secure his role as “alpha dog.” 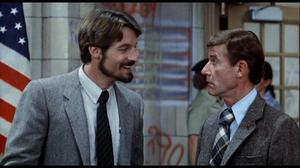 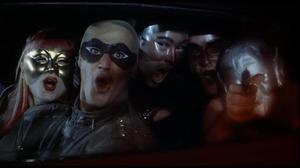 Stegman’s character struts through the school halls with a self-assured air, resembling a fascist general in his tight, faux-military uniform. He is constantly flanked by his loyal gang of hooligans and, after school hours, he and his pals run the back room at a seedy punk club, whoring out teen girls for cash. They’ve even scared the school principal and local police chief into submission, that is, until a by-the-books music teacher from Nebraska decides to step in and clean house. 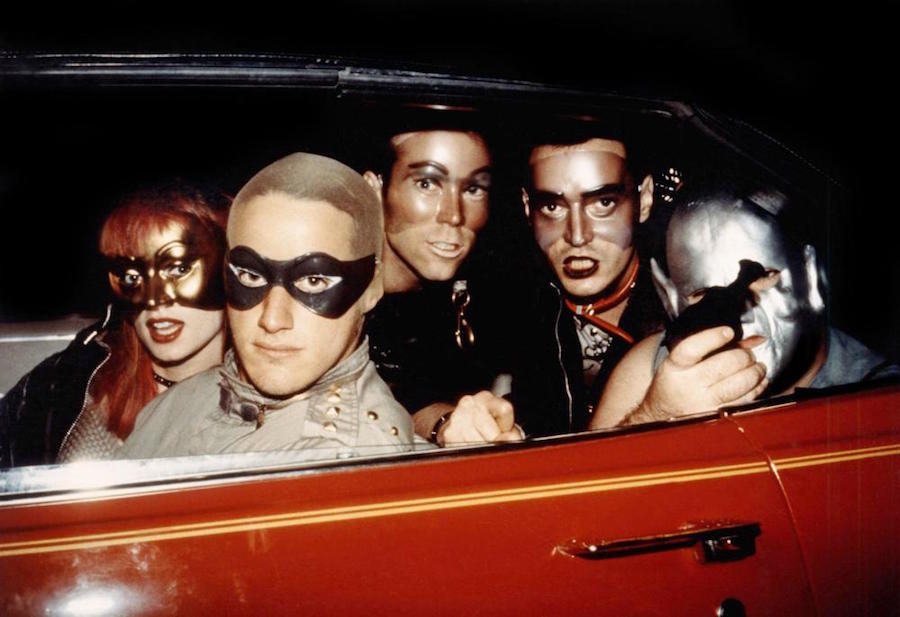 Although this one doesn’t have the most promising start (Alice Cooper’s theme music almost made me run for the hills), it picks up the pace fast and never lets up. Stegman and friends make for a sadistic bunch of hoodlums, and their intimidating beatings, stabbings, and rapes successfully turn this little number into High School Confidential meets Death Wish. The story even shifts gears into full-blown revenge mode in the final reel, with Mr. Norris (our melodious protagonist) tracking down each gang member and giving them their comeuppance. 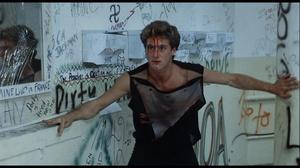 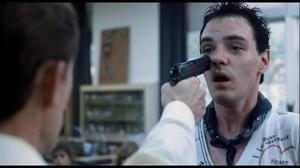 Even with a cool premise and authentic 80's dystopian decorum, the well-crafted performances are what make this one special. From Timothy Van Patten's witty psychopath in Stegman, to supporting roles from Roddy McDowall and a pre-teen Michael J. Fox, each actor creates a memorable and three-dimensional person, which is something that is occasionally missing from movies dealing with juvenile delinquency. Van Patten's work is the shining star of an exceptional group, with his bravura role culminating in a brutal moment where he disfigures himself in order to frame the innocent Mr. Norris. Stegman is one of the most dangerous characters ever put to screen, and Van Patten makes him completely human and unbearably frightening. 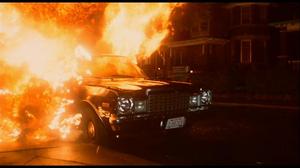 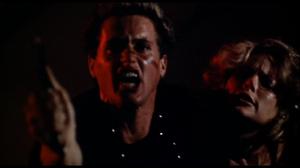 Fast-paced, fun, and violent enough to warrant all the hype, Class of 1984 is a step above its supposed contemporaries, leavening its occasional absurdity with doses of fine acting and a disturbing verisimilitude.