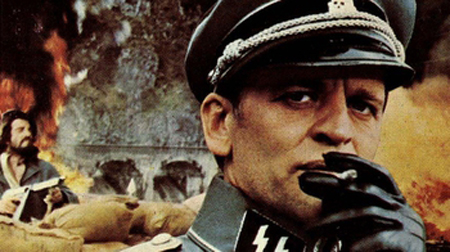 What starts out with archive footage of total warfare then quietly evolves into a quite subtle and detailed resistance/sabotage men-on-a-mission (with women) macaroni combat flick that carries quite a punch. The British commandos are supposed to blow up a dam to cut off German supplies in preparation of D-day. They make use of Colonel Benson (Harrison), who is a twin brother of the dam protection force's commanding officer. They infiltrate the area with the help of the French resistance, and make use of Navy drilling gear to prepare the dam. But the local SS Colonel (Kinski) is sensing something, and in the end Benson's cover is blown and it becomes a race against time, to blow up the dam and fend off the approaching German troops. I did enjoy the movie and was positively surprised, even though in the end it's not as well-made as Force 10 from Navarone, the A-equivalent to this B-picture. A decent spaghetti war flick with some good moments, beautiful women and a miniature dam. --Seb