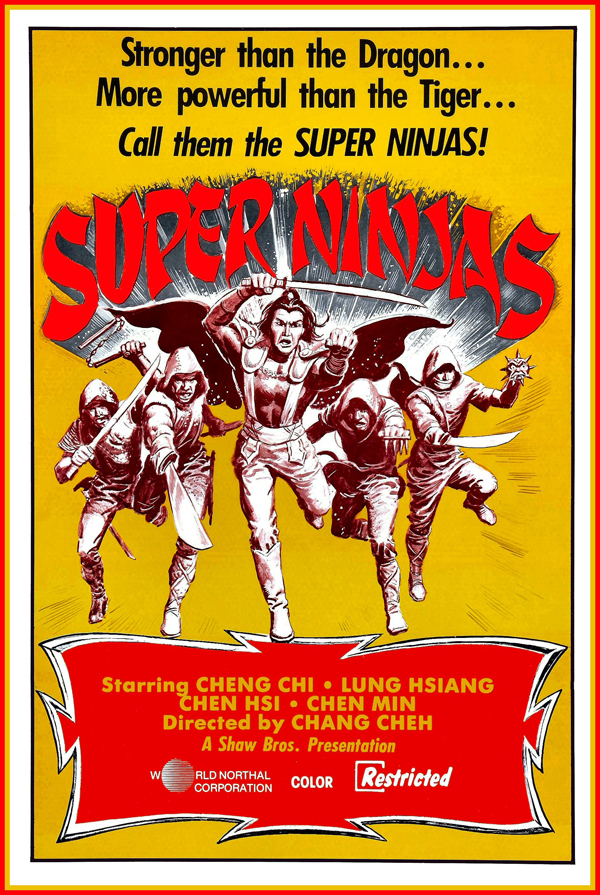 Five Element Ninjas is a tale of vengeance, betrayal, and ambition against the backdrop of ninja martial skills and arts. When his school is destroyed and his colleagues all slaughtered by supreme ninja Cheng Yun and his five element ninjas, Tsiau Chin Hau sets out to take his revenge. But stopping the elemental ninjas (gold, wood, water, fire, and earth) is an awesome task. So, Chin studies the secrets of the ninja under the guidance of teacher Yan Yong Fe. Thus armed, Chin and his newfound cohorts Li Yin Win, Chan Sin, and Wan Fong challenge the element ninjas in a climactic battle to the death. (Wikipedia)