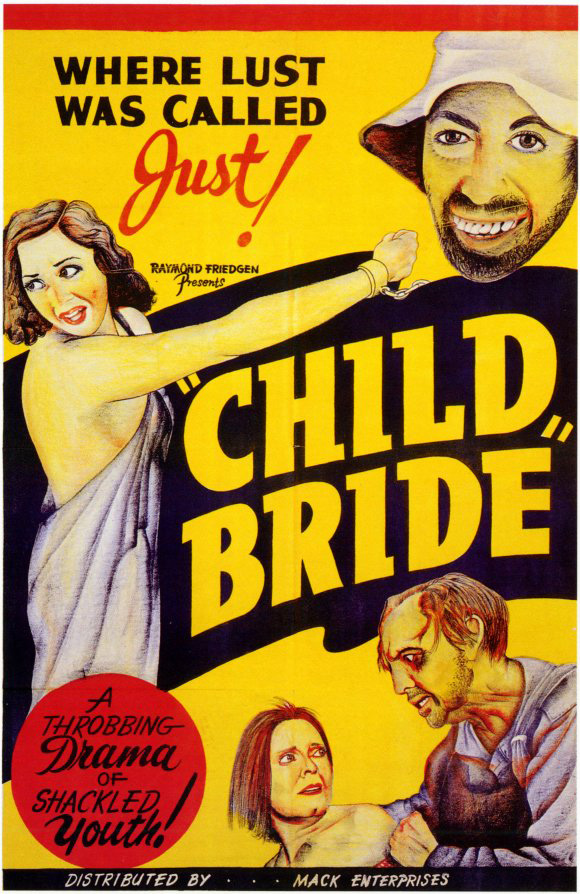 Child Bride was promoted as educational and as an attempt to draw attention to the lack of laws banning child marriage in many states. The film is set in a remote town in the Ozarks. It was very controversial at the time both for its theme and because of a topless and nude swimming scene by then 12-year-old Shirley Mills. The film bypassed the ban of onscreen nudity under the Hays Code by being produced and distributed independently of the studio system, and by claiming to be educational. Although the film was banned in many areas, the movie's controversial nature gave it a certain infamy and it played on the so-called exploitation circuit for many years.