Introduction: This is Cicada…The desert is all around…A great spot to settle an account. The inhabitants of Cicada get rid here of their quarrels while getting rid of their bullets. The best shooter wins, the other loses in losing his brains. Quick justice, perfect justice! At the time of the dam, there were 11,781 people in Cicada. Now the vegetation has disappeared; so have the people. Only 1,003 bodies have remained, resigned to live, or rather to rot here…From Cicada to Los Amigos, the closest town, there is only one possible road which crosses the desert. 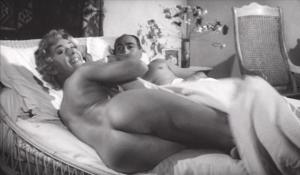 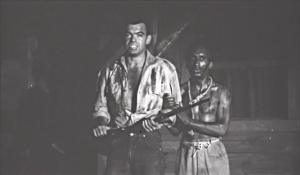 Cicada resident, Slim (Roger Blin) then welcomes a group of tourists to Cicada. What was once a booming community has now been reduced to a depraved, dustbowl of a town. There's shockworthy moments on every corner of the town for the tourists to observe. Which include: 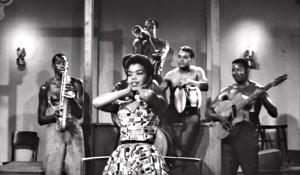 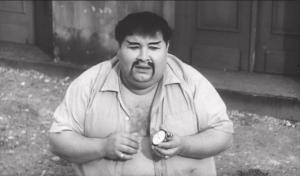 At first, it seems like these segregated folks in the fictional town of Cicada are in unison despite these unfortunate circumstances. But all it takes is WWII veteran and local hero, Bob Stanley (Jacques Richard) to develop desires for a girl named Bessie (Toto Bissainthe) who hails from the wrong side of the tracks. As expected, racial tensions will soon rise and the redneck town of Cicada will reach its ultimate boiling point.

Cinematic history has shown that the Europeans could make a damn good western. But could they make a damn good American-ized, hixploitation film as well? During the first 15 minutes of Checkerboard, I would have to say "Yes"! The film's first half almost contains a certain style of demented, manic energy that you could find in a Russ Meyer film. Going to the point of even rivaling it at times! But then the script resorts to a mix-mash of seriousness (Revolving around touchy subjects), back to light-hearted comedy, then back to being serious again. It doesn't make for a completely well-rounded experience, but that's not to say that there's a boring moment to be found in this movie. And despite its age, the movie still retains its ability to shock at times. This mostly has to do with the racial animosity and slurs (Which I'm sure were much more exaggerated in this English-dub than in the original French audio track) and the flaunting of nudity which, at this point of time, was still only reserved for the Red Light Roadshow circuit. But as far as "Raceploitation" goes, this film has to be go down in the record books as one of the more memorable films of its genre...Even if it is made from a foreign country!