Thanks to the interest in this film, sparked somewhat by it's great trailer appearing on Synapse's 42nd Street Forever compilation, there will be some who will be interested enough to watch this film, a now well-known example of The 60's Art Film. Sometimes, an Experimental Art Film from it's most legendary era can be a critically-raved film that lived up to it's reputation which still has a major appeal, or one's "message" put to Film that reflected an opinion that was representative of that time, and they could wind up being very interesting, but in many cases, it's usually something that looks more like was aimed to please the creator, the critics, and those who "get it" and usually winds up being something of a period piece of a time and a place with some points of interest along the way once all of the pretension and hype are wiped away. The fact that the title has nothing to do whatsoever with the story in the film except for being the name of the place where Rooks was raised in as a child is a hint alone that the film comes off more "Look at me!!! Look at my important friends!!!" than a film with a message while a jumble of images filmed in different parts of the world fly through the screen, and that is it's failing with a retrospective look. 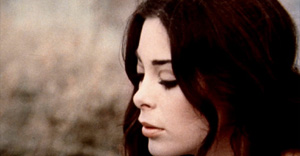 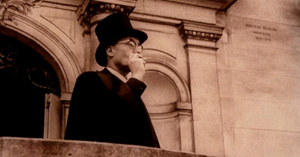 To be fair, it's true that the story is based on Rooks' personal experience of trying an experimental method to get off of drug addiction, and it's even good that the images of him strolling through the Grindhouse District of NYC prove that there was something of a good experimental film trying to get out, but sadly things went all over the place from there. What was mixed up with all of the other scenes was a simple story of one Russel Harwick (Rooks) trying out some kind of Swedish Sleep Treatment to cure his drug addiction in scenes shot in Paris, France, with some of the treatment sparking to make him think on some of his past including his life in the title town, walking through NYC, and even being in India and at Stonehenge, the later only being represented with a few seconds of film. Of all of that traveling, it's best to note that the best scenes were made back in NYC, with Rooks walking through many points of interest that could have made a more interesting film alone, especially as the viewer is treated to scenes involving The Fugs, Allen Ginsberg, and William Burroughs, who appears with Herve Villechaize in a couple of scenes, although it has to be admitted that he also is good in the treatment scenes filmed in Paris, giving them a real point of interest. 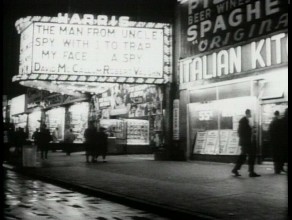 The known image on the cover of the DVD is from one of the film's "trippy" moments that's supposed to remind the viewer of the film's message about being a drug addict, as in one scene he plays a "Vampire" in a moment staged somewhere. One can understand about trying to get a statement out, but the whole effect of the film to some of it's viewers is one of complete narcissism. Chappaqua won awards, and the opening moments remind us of one of them, but once all of the crap is thrown away, what's left are some NYC scenes that looked like they were ready for a better film, some classic cameos, Rooks proving that he was no actor, and some music to make a solid soundtrack. The real star of the film is the cinematography by Robert Frank, and combines the images with the artful skill that gave the film it's reason to exist, but to some eyes, it's something more geared to Experimental Indie Film Students than something really exciting that captures the moment or the feeling in every frame.