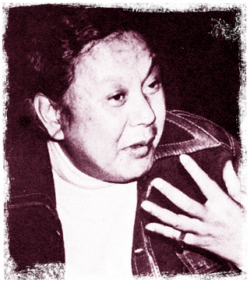 Yi Yang Chang aka Chang Cheh (February 10, 1923 – June 22, 2002) was Shaw Brothers Studio's best known and most accomplished film director. Some of his most popular films include: Five Deadly Venoms, The Brave Archer (based on the works of Jin Yong) and The One Armed Swordsman. Cheh is referred to as "The Godfather of Hong Kong cinema". During his time at Shaw Brothers, Cheh directed over 100 films. From swordplay genre films (The One-Armed Swordsman, The Assassin, Golden Swallow) to kung fu (Five Shaolin Masters, Five Venoms, The Kid With The Golden Arm) to modern period dramas (Chinatown Kid, Boxer From Shantung, The Generation Gap) to grand costumed epics (The Water Margin, The Heroic Ones, Boxer Rebellion).

The following 60 pages are in this category, out of 60 total.