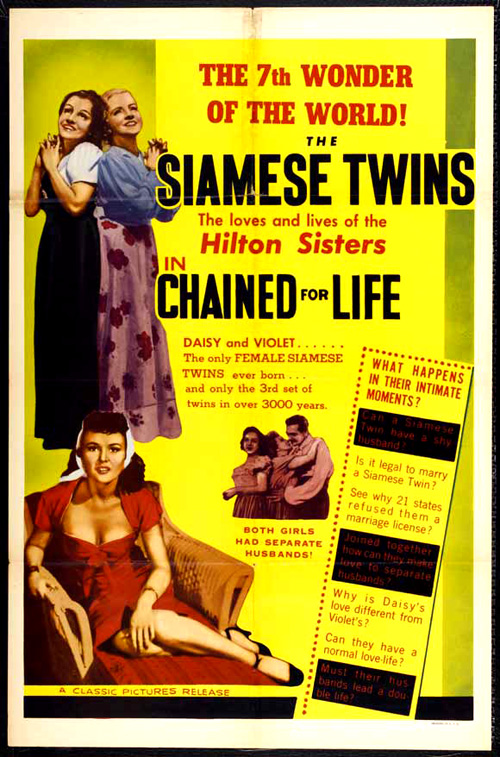 Chained for Life is a 1951 exploitation film featuring the famous conjoined ("Siamese") Hilton Twins, Daisy and Violet. It features several vaudeville acts, including juggler Whitey Roberts, a man doing bicycle stunts, and a man, Tony Lovello, who plays the William Tell Overture and "Hungarian Dance No. 5" at breakneck speed on an accordion. The movie incorporates aspects of the twins' real life, including their singing act, a futile attempt by one sister to obtain a marriage license, and a publicity-stunt marriage. The twins' voices are featured in three duets, including "Every Hour of Every Day" and "Love Thief". (Wikipedia)