Films featuring demonic and/or possessed children are always a bit creepy—even this super low budget entry from super low budget movie distributor 21st Century Distribution. Released first in Canada in 1977, it took three years for Cathy and her curse to flicker across American movie screens. No one in particular was waiting; but Cathy remains. 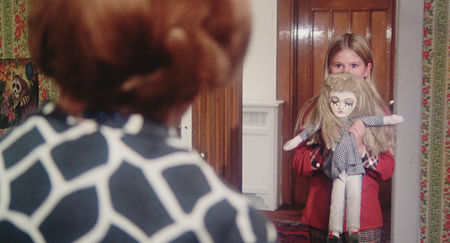 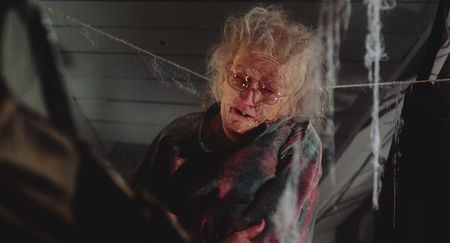 In the titular role as a young girl with special powers and an axe to grind, Randi Allen is effectively distant and robotic. Her reserve comes in handy, especially as she may be the vengeful reincarnation of a little girl killed many years prior in a car crash. On hand as Cathy’s unwitting victims are her mother Vivian (Beverly Murray) an emotionally fragile woman, Paul (Roy Witham) a drunken groundskeeper, Agatha (Mary Morter) a curious neighborhood medium (!), and George (Alan Scarfe) Cathy’s blithely unaware father. 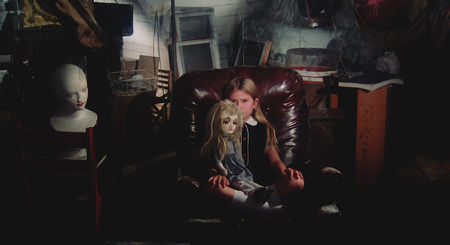 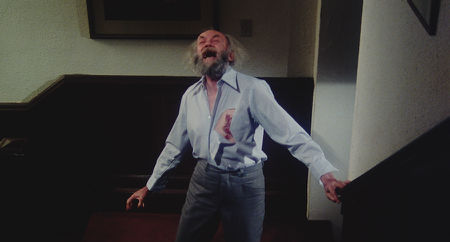 A questionable “suicide,” a poisoned dog, and a host of characters who have a fondness for the word “bitch” are a part of the mix. So is a “filthy” ragdoll that levitates; rodent, tarantula and leech-laden hallucinations; explode-at-will household objects, and a child that occasionally speaks in a demented devil voice.

One part The Omen, one part The Exorcist, with a taste of Carrie thrown in for good measure, “Cathy’s Curse” is a demon-child compendium. Murky madness.