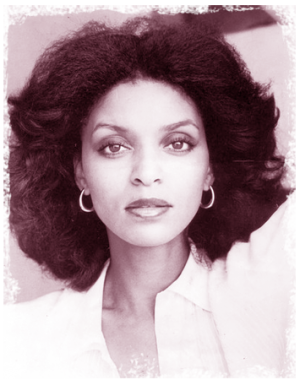 Lawrence Vonetta McGee was born in San Francisco (January 14, 1945- July 9, 2010), and graduated from San Francisco Polytechnic High School. She made her debut in 1968 as the eponymous star of Italian comedy Faustina. In the same year she performed alongside Jean-Louis Trintignant and Klaus Kinski in the Western The Great Silence, but became well-known for her parts in the 1972 Blaxploitation films Blacula, Melinda and Hammer. In the action thriller Shaft In Africa (1973), McGee took the role of Aleme, the daughter of an emir, who teaches John Shaft (Richard Roundtree) Ethiopian geography. She also starred alongside Clint Eastwood in the action thriller The Eiger Sanction (1975). In 1987, McGee married the actor Carl Lumbly; they had one child.