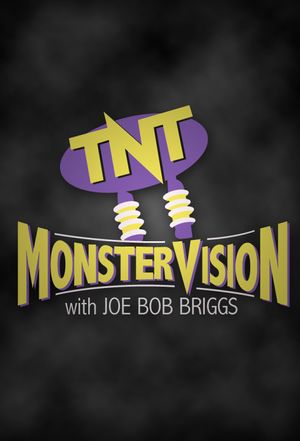 MonsterVision was an American TV series which aired on TNT from June 29, 1991 to September 17, 2000. The show underwent multiple changes throughout its over nine-year run. Initially, the program revolved around a claymation-style moon character who narrated the often themed-nights, and served as the de facto host.[1] Additionally, the show was regularly paired alongside the series 100% Weird, which brought viewers even more bizarre films.[2] Later, in June 1993, entertainment duo Penn and Teller guest-hosted MonsterVision marathons featuring mainly old B-Movies from the 1950s and 1960s.[3] Then, by July 31, 1993, the narrator of the series became solely a voice-over announcer.[4]

From 1996[7] until around the show's cancellation in 2000, the series was hosted by Joe Bob Briggs, and featured mainly classic horror and schlock films from the 1970s to the 1990s. Here, much of the original formatting under Briggs was derived from his earlier work on The Movie Channel program, Joe Bob's Drive-In Theater.[8] Yet, this series would also incorporate Joe Bob's Last Call, a segment that presented that night's final film.[9] Then, in 1999, the overall program became styled as Joe Bob's Hollywood Saturday Night and MonsterVision,[10][11] before ultimately returning to its non-host format in mid-2000.

The following 70 pages are in this category, out of 70 total.