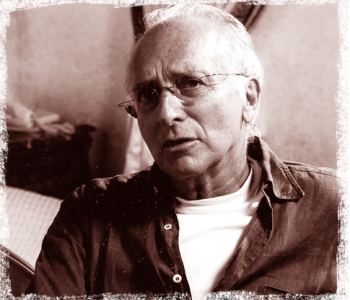 Deodato grew up in the neighborhood where Rome's major film studios are located. It was there that he learned how to direct under Roberto Rossellini and Sergio Corbucci; he helped to make Corbucci's The Son of Spartacus and Django as an assistant director. Later on in the 1960s, he directed some comedy, musical, and thriller films, before leaving cinema to do TV commercials. In 1976 he returned to the big screen with his ultra-violent police flick Live Like A Cop, Die Like A Man.

In 1977 he directed a jungle adventure called Ultimo mondo cannibale or "The Last Cannibal World" (also known as Jungle Holocaust starring British actress Me Me Lai with which he 'rebooted' the cannibal film / mondo genre started years earlier by Italian director Umberto Lenzi.[2]

Late in 1979 he returned to the cannibal subgenre with his ultra-gory Cannibal Holocaust.[3] The film was shot in the Amazon Rainforest for a budget of about $100,000, and starred Robert Kerman, Francesca Ciardi, and Carl Gabriel Yorke. The film is a mock-documentary about a group of filmmakers who go into the Amazon Rainforest and subsequently stage scenes of extreme brutality for a Mondo-style documentary. During production, many cast and crew members protested the use of real animal killing in the film, including Kerman, who walked off the set.

Deodato created massive controversy in Italy and the United Kingdom following the release of Cannibal Holocaust, which was wrongly claimed by some to be a snuff film due to the overly realistic gore effects. Deodato was forced to reveal the secrets behind the film's special effects and to parade the lead actors before an Italian court in order to prove that they were still alive. Deodato also received condemnation, still ongoing, for the use of real animal torture in his films.

Deodato's film license was temporarily revoked and he would not get it back until three years later, which then allowed him to release his 1980 thriller The House On The Edge of The Park, which was the most censored of the video nasties in the United Kingdom for its graphic violence. His Cut and Run is a jungle adventure thriller, containing nudity, extreme violence and the appearance of Michael Berryman as a crazed, machete-wielding jungle man.

In the 1980s, he made some other slasher/horror films, including Phantom of Death, Dial Help and Body Count. In the 1990s he turned to TV movies and dramas with some success. In 2007, he made a cameo appearance in Hostel: Part II in a role that provided a wink and a nod to his past directing cannibal-related films: he was a client of the Elite Hunting pay-for-murder group who was happily eating large portions of flesh that he sliced from the legs of a terrified young man.

Deodato has made about two dozen films and TV series, his films covering many different genres, including many action films, a western, a barbarian film and even a family film called Mom I Can Do It.