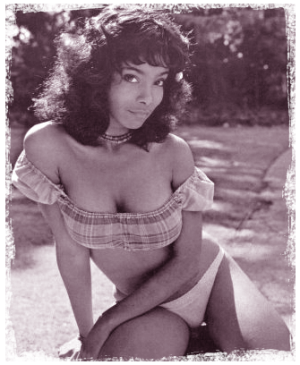 Rosanne Katon was born February 5, 1954 in New York City. The young African-American beauty got her brisk introduction to the world of entertainment by attending the High School of the Performing Arts in New York City. With commercials and TV episodes under her wing, her theatrical debut was in Jack Hill's fun and campy The Swinging Cheerleaders. This led to overseas work in The Philippines under the direction of Cirio Santiago, where she made The Muthers and Ebony, Ivory and Jade (The latter being one of her most physical and leading roles)

As the 80's approached and with the demise of Blaxploitation/Fililpino-crossovers etc. Katon has spent these days fighting the good fight with her husband who runs the relief group, "Operation USA". But looks back at her movie days as fun "entertainment".