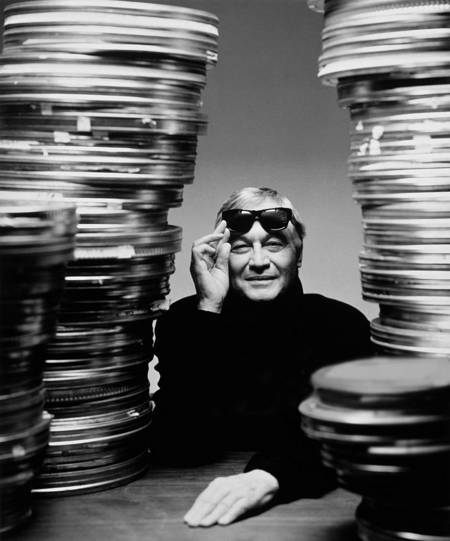 Roger Corman (born April 5, 1926, Detroit, Michigan) known as "the King of the B-Movies" is a prolific American producer and director of low-budget movies. Corman has apprenticed many now-famous directors such as Francis Ford Coppola, Martin Scorsese, Ron Howard, James Cameron, Jonathan Demme and Joe Dante. Actors who have worked for Corman include: Jack Nicholson, Peter Fonda, Bruce Dern, Michael McDonald, Dennis Hopper, Talia Shire, Robert De Niro and David Carradine. Corman's concepts on budgeting and resourcefulness when making films has been very influential on many filmmakers over the years.

In 2009, Roger received an honorary Academy Award for his work in film. Fittingly, Writer-Director Quentin Tarantino paid tribute to Roger with his speech at the awards ceremony. He clearly stated that Roger Corman inspired and influenced many filmmakers and helped keep audiences coming to theaters with his imaginative and entertaining genre pictures throughout the 1950s-70s.

A number of important and influential filmmakers and actors had their first big break with Roger Corman. The following list is limited to Oscar winners.

The following 72 pages are in this category, out of 72 total.