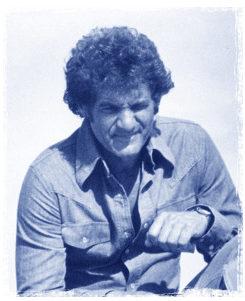 Richard Rush (April 15, 1929 - April 8, 2021) was an American movie director, scriptwriter, and producer. He is best known for the Oscar-nominated The Stunt Man. His other works, however, have been less celebrated. The next best-known of his movies is Color of Night — also nominated, but in this case for the Golden Raspberry Award. Rush also directed Freebie & The Bean, an over-the-top police buddy comedy/drama starring Alan Arkin and James Caan. He co-wrote the screenplay for the 1990 movie Air America.

Rush spent his childhood fascinated by Marcel Proust and Batman comics.[citation needed] He was one of the first students of UCLA’s film program,and, after graduation, Rush worked to create television programs for the United States military showcasing the nation's involvement in the Korean War. While he agreed with the military’s involvement in the region, Rush’s participation in this largely symbolic conflict can be seen as a defining event for the director who later explained:

“There’s a recurring theme that I keep getting attracted to in film. . . . Being unable to accept truth, we have a tendency to accept systems, and to believe in a series of learned homilies and arbitrary rituals of good and evil, right and wrong. Magic, king, country, mother, God, all those burning truths we got from our early bathroom training from bumper stickers and from crocheted pillow cases. When it’s right to kill. When it’s not right to kill. Under what circumstances. Arbitrary rules invented for the occasion. And we really dedicate ourselves to them ferociously. And they tend to obscure any real human feeling or any real morality that might emerge to substitute for it.”

After his propaganda work, Rush opened a production company to produce commercials and industrial films. At the age of thirty, inspired by the neo-realism of French director François Truffaut’s The 400 Blows, Rush sold his production business to finance his first feature Too Soon to Love (1960), which he produced on a shoestring budget of $50,000 and sold to Universal Pictures for distribution. Too Soon to Love is considered the first product of the "American New Wave."[citation needed] It also marked the second film appearance of Jack Nicholson (who starred in two later Rush films, Hells Angels on Wheels and Psych-Out).

Rush directed three films for American International Pictures in the late 1960s exploring counter-cultures of the period and also introducing racking focus, a technique Rush claims to have discovered and named.[1] Rush's first studio effort was 1970's Getting Straight, starring Elliott Gould and Candice Bergen. The film did well commercially and was deemed by Swedish director Ingmar Bergman to be the "best American film of the decade." Rush's next movie, in 1974, was Freebie and the Bean. For the most part, Freebie was critically panned, though director Stanley Kubrick called it "the best movie of the year."

In 1981, Truffaut was asked "Who is your favorite American director?" He answered, "I don’t know his name, but I saw his film last night and it was called The Stunt Man."[2] The film, which took Rush nine years to put together,[citation needed] was a slapstick comedy, a thriller, a romance, an action-adventure, and a commentary on America's dismissal of veterans, as well as a deconstruction of Hollywood cinema. The film also features Rush's typical protagonist, an emotionally traumatized male who has escaped the traditional frameworks of society only to find his new world (biker gangs in Hells Angels on Wheels, hippies in Psych-Out) corrupted by the same influences. The Stunt Man won Rush Oscar nominations for best producer and best script.

When Air America showed signs of trouble during development, Rush was given $4 million to walk away from the project.[citation needed] This allowed the studio to cast Mel Gibson and Robert Downey, Jr.

Rush did not direct another film for fourteen years — 1994's critically panned Color of Night. Afterward, Rush retreated from the world of commercial cinema. As Kenneth Turan of The Los Angeles Times wrote, Rush’s career seems to be "followed by the kind of miserable luck that never seems to afflict the untalented."[3]

In 2001 he made a documentary on the making of The Stunt Man entitled The Sinister Saga of Making The Stunt Man.