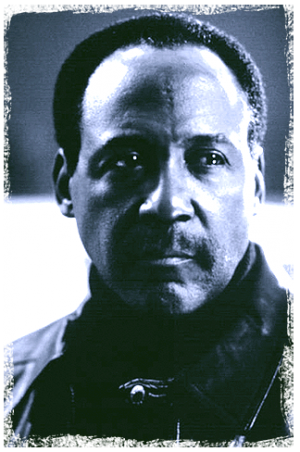 Richard Roundtree (born July 9, 1942) is an American actor and former fashion model. He is best known for his portrayal of private detective John Shaft in the 1971 film Shaft and in its two sequels, Shaft's Big Score (1972) and Shaft In Africa (1973).

Roundtree was a leading man in early 1970s Blaxploitation films, his best-known role being Detective John Shaft in the hugely popular action movie Shaft. Roundtree also appeared opposite Laurence Olivier and Ben Gazzara in Inchon (1981). On television he played the slave Sam Bennett in the 1977 television series Roots and Dr. Daniel Reubens on Generations from 1989-1991. Prior to becoming an actor, he was a football player and a model. Although Roundtree worked through the 1990s, many of his more recent films were not well-received, but he was able to find success in stage plays.

Since 1990, however, he reemerged as a cultural icon. On September 19, 1991, Roundtree appeared on an episode of Beverly Hills, 90210 with Vivica A Fox. The episode was "Ashes to Ashes". Roundtree was playing Robinson Ashe Jr. Roundtree appeared in David Fincher's critically acclaimed 1995 movie Seven, the 2000 remake of Shaft as John Shaft's uncle, and guest-starred in several episodes of the first season of Desperate Housewives as an amoral private detective. He also appeared in 1997's George of the Jungle, as well as playing a high-school vice principal in the 2005 movie Brick. His voice was also utilized as the title character in the hit PlayStation game Akuji the Heartless, where Akuji must battle his way out of the depths of hell at the bidding of the Baron. Roundtree played John Shaft in a CBS-TV television series by the same name from 1973 to 1974.

He has appeared in the television series The Closer as Colonel D.B. Walter U.S.M.C. (retired) father of a sniper and in Heroes as Simone's terminally ill father, Charles Deveaux. Next, he appeared as Eddie's father-in-law in episodes of Lincoln Heights.[2] Most recently, Roundtree has a supporting role in the 2008 Speed Racer film as a racer-turned-commentator who is an icon and hero to Speed.