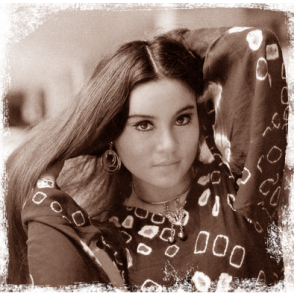 Polly Shang Kuan (b. 1949) was one of the top female kung fu stars of the 1960s and 1970s and though never quite becoming the legend that Angela Mao has, her off the wall cute personality, diminutive stature and terrific physical skills has certainly attracted a legion of fans. In some ways she is the yin to Angela Mao’s yang. While Angela burned on the screen with her serious intense no nonsense determination, Polly delighted with her impish good humor, sweet cockiness, toughness and her willingness to take on silly roles. This in no way though diminishes her extraordinary athletic ability – it just adds another dimension. In 1966 she joined the United Film Corporation and began studying martial arts. Over the years, Polly acquired black belts in taekwando, karate and judo – so even without the Peking Opera training that many of the other female stars had (Angela, Judy Lee) – Polly managed to pick up some highly proficient martial art skills that were utilized in over 60 films. Just one year after joining UFC, she was chosen to be in the newest film from King Hu – (the original) Dragon Inn -considered one of the great classics of Chinese cinema (N.B. The 1992 Film Workshop production of the same name uses its main song as a tribute to it). She now lives on the West Coast of the U.S.[1]